13 December 2012
As the estimated number of tourists travelling this year hits a record one billion today, the United Nations agency focused on world tourism unveiled a tip-laden campaign aimed at letting travellers know how they can best benefit the people and places they visit.

“Today, we welcome the symbolic arrival of the one-billionth tourist,” said WTO’s Secretary-General, Taleb Rifai, according to a news release from the agency. “Your actions count. That is our message to the one billion tourists.”

People worldwide helped prioritize the campaign’s travel tips by voting for the ones they believed would best boost local populations.

‘Buy Local’ emerged as the winning piece of advice, while a close second was ‘Respect Local Culture,’ said UNWTO. Voters were asked to pledge to follow the tips they respectively endorsed.

“Through the right actions and choices, each tourist represents an opportunity for a fairer, more sustainable future,” Mr. Rifai said.

The campaign is in line with Madrid-based WTO’s mandate to promote the development of responsible, sustainable and universally accessible tourism.

As such, WTO said ‘Buy Local’ is a call for tourists to buy food and souvenirs locally, or hire local guides, to ensure their spending translates into jobs and income for host communities.

It said ‘Respect Local Culture’ aims to encourage tourists to learn more about their destination’s traditions, or some words in the local language, before leaving home.

WTO serves as a global forum and source of tourism know-how for its membership, which includes 155 countries.

It said in its release that, despite global economic uncertainty, international tourism continued to grow in 2012, with the symbolic one-billionth tourist cementing the industry’s position as one of the world’s largest economic sectors.

Tourism accounted for nine per cent of global gross domestic product when totalling its direct, indirect and induced impact, the agency said, noting that one in every 12 jobs and up to eight per cent of the total exports of the world’s UN-designated Least Developed Countries (LDCs) depend on tourism.

While it was impossible to know exactly where the one-billionth tourist would arrive today, WTO said many countries were celebrating the occasion by welcoming arriving vacationers.

WTO added that it was celebrating in Madrid by welcoming the symbolic one-billionth tourist in the Museo del Prado, the Spanish capital’s most-visited tourism attraction, together with the Ministry of Industry, Energy and Tourism of Spain. 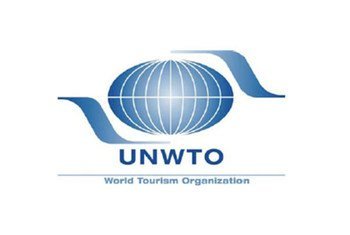