12 December 2012
An independent United Nations expert has urged governments worldwide to stand up for the right to education, especially for girls, and to take the necessary steps to ensure that all children can go to school without fear.

The Special Rapporteur on the right to education, Kishore Singh, also stressed the importance of safeguarding the fundamental right to education of women and girls who have been victims of social injustice and educational deprivation.

Addressing the high-level event on girls’ education, organized by the UN Educational, Scientific and Cultural Organization (UNESCO) to mark Human Rights Day, Mr. Singh said the “tragic but hopeful” story of 15-year-old Malala Yousufzai, shows how far there is still to go before all girls can go to school without fear.

“Malala, who was shot by the Pakistani Taliban in an attempt to prevent her from attending school, has become a rallying cry for the world to fight for girls’ education rights,” he stated at the event, which was held in Paris on Monday.

“I would like to join with UNESCO, the Government of Pakistan and others to denounce those who threaten violence against girls seeking an education, and I call upon all governments to take the necessary steps to ensure that all children in their countries – boys and girls alike – have a right under law to receive an education.”

At the event, UNESCO and Pakistan launched the Malala Fund for Girls’ Education, with the latter announcing that it would donate the first $10 million. In addition, participants adopted a Statement of Commitment to Girls’ Rights to Education, promising “to actively strive to make every effort to end all forms of violence against girls and to eliminate the obstacles that prevent them from attending school.”

Mr. Singh noted that while all 193 UN Member States have signed up to the Millennium Development Goals (MDGs), which include achieving universal primary education and gender equality by 2015, many of them need to modernize legislation that empowers parents and children to demand that right when it is being denied.

“We must move beyond slogans and ensure that the fundamental human right to education is enshrined in law, and fully implemented,” he stated.

He also called on States to ensure that their citizens are made well aware of their right to education. “Governments must ensure their national legislation provides a binding recourse to courts or national human rights institutions to allow all those who are entitled to receive an education to fight for their rights when they are being denied.” 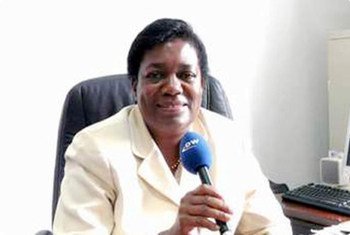 12 October 2012
Following the “shocking” attack by an extremist group on Pakistani school girls earlier this week, several United Nations independent human rights experts have urged the Government to do everything it can to protect school children, particularly girls.