10 December 2012
A United Nations senior official and an independent human rights expert today joined their voices in calling for States to ensure the right to truth and justice for victims of war-time sexual violence, as well as accountability for perpetrators.

“Truth, justice and accountability are key in upholding the human rights of women and their right to a life free from violence, particularly in countries in post-conflict situations,” the Special Rapporteur on Violence against Women, its causes and consequences, Rashida Manjoo, and the Secretary-General’s Special Representative on Sexual Violence in Conflict, Zainab Hawa Bangura, added in a joint statement on the occasion of the end of the 16 Days of Activism Against Gender Violence campaign.

The 16 Days of Activism Against Gender Violence is an international campaign that first arose in 1991, with the chosen dates of 25 November – the International Day Against Violence Against Women – and 10 December – Human Rights Day – in order to symbolically link violence against women and human rights and to emphasize that such violence is a violation of human rights.

The global theme for the 2012 campaign is ‘From Peace in the Home to Peace in the World: Let's Challenge Militarism and End Violence Against Women!’

Ms. Manjoo highlighted how in many instances, domestic violence is linked to the legacy of war, and women are affected by Post-Traumatic Stress Disorder, other war-related health problems, as well as unemployment, poverty or substance addiction.

“Recognition and acknowledgement of the legacy of conflict must include the experiences that women face during war, and address their entitlement to justice and reparations, as well as to information and assistance on the missing and the disappeared,” she said. “All too often I hear about the lack of accountability which further perpetuates a sense of distrust in the ability of national courts to provide justice and redress to women victims of violence.”

Both the Special Rapporteur and the Special Representative stressed that adequate redress involves ensuring the right of women to access both criminal and civil remedies and the establishment of effective protection, support and rehabilitation services for survivors.

In their view, according to a news release from the Office of the UN High Commissioner for Human Rights (OHCHR), “reparations should also include elements of restorative justice and the need to address the pre-existing inequalities, injustices, prejudices and biases or other societal perceptions and practices that enabled violations to occur, including discrimination against women and girls.”

Ms. Bangura underscored that it is vital for national authorities to recognize the existence of women victims of rape and torture, regardless of their ethnic or religious backgrounds, and ensure that they have equal access to remedies and services.

“Crucially, this should be addressed during the early stages of post-conflict processes, as this is also when violence from the wartime period tends to become privatized and manifests itself in the family sphere, thus creating new challenges for women,” the Special Representative said.

Ms. Bangura and Ms. Manjoo both recalled how they have listened to survivors’ concerns about time passing by with no justice being served.

“It is imperative to speed up efforts and achieve political solutions. Transitional justice endeavours should ensure the public acknowledgment and memorialization of women victims, their access to compensation, including non-material damages, and their empowerment,” Ms. Bangura noted.

“This is particularly important in many parts of the world that are experiencing post-conflict reconstruction, and where the current adverse economic situation, coupled with unemployment and poverty, are disproportionately impacting women victims of violence,” she added.

The UN official and independent expert referred to limited access to justice and dysfunctional justice systems, lack of equal participation of women in peace building, and economic disempowerment as some of the challenges faced by women in conflict and post-conflict situations that need to be effectively addressed by relevant Governments and stakeholders.

“We call on all stakeholders to ensure that women who are subjected to numerous forms of violence during conflict have a chance to seek remedies and obtain reparations that lead to fundamental changes in the structures that discriminated against them, and that continue to exist long after conflict is over,” they said.

Independent experts, or special rapporteurs like Ms. Manjoo, are appointed by the Geneva-based Council to examine and report back on a country situation or a specific human rights theme. The positions are honorary and the experts are not UN staff, nor are they paid for their work. 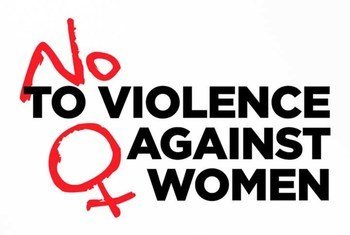 28 November 2012
Countries have a responsibility to implement national policies to end violence against women, United Nations officials stressed today, adding that urgent action is needed to stop one of the most pervasive human rights violations worldwide.