6 December 2012
Strong leadership from national parliaments is required to build a sustainable peace in countries that in the process of reconciliation, the United Nations Deputy Secretary-General, Jan Eliasson, said today, adding that partnerships between governments and the world body are needed to consolidate conflict prevention and peacebuilding efforts.

“Building the right set of nationally-owned and inclusive institutions is critical for any successful transition to peace, and among those institutions, parliaments are fundamentally crucial,” Mr. Eliasson said at an Inter-Parliamentary Union (IPU) meeting taking place at UN Headquarters in New York.

In line with a General Assembly resolution on UN and IPU cooperation, the joint event – known as the Annual Parliamentary Hearing – brings together members of parliament and high-ranking UN officials, representatives of Member States and experts drawn from think tanks and civil society organizations for an interactive discussion. Established in 1889, the IPU works in close cooperation with the UN, as well as with international inter-governmental and non-governmental organizations.

The main theme of the 2012 gathering is ‘A road less travelled: parliamentary approaches to conflict prevention, reconciliation and peace building.’ The conclusions of the Hearing will be circulated to the wider UN community as well as to all national parliaments.

The Deputy Secretary-General outlined four key areas in which parliaments can help strengthen conflict prevention and resolution. These consist of: giving marginalized groups and minorities – which are often at the heart of violent conflict – a voice so their rights are respected and they can grow socio-economically; empowering women to participate in political processes; fighting against corruption; and holding the executive authorities accountable to avoid the over-centralization of power which can lead to conflict.

“It is parliaments that often hold the key to making the necessary changes to avert conflict or its recurrence,” Mr. Eliasson said. “In new democracies, the onus is often on parliamentarians to lead by example and use their position to promote the greater good rather than advance their own partisan or personal interests.”

Because of their vital role in new democracies, the UN and IPU must place more emphasis on strengthening parliaments in fragile countries, and in particular, on their role in conflict prevention and resolution,” Mr. Eliasson noted, adding that many of these legislative bodies often do not have enough capacity and resources, or lack adequate authority under the constitution.

Mr. Eliasson also emphasized that while there may have been recent setbacks in conflict such as Syria, Mali and the Democratic Republic of the Congo, this does not mean that peacebuilding is facing insurmountable obstacles.

“The number of violent conflicts has declined by over 40 per cent since the early 1990s. This figure is well known but it warrants repeating,” he stated, pointing to successful transitions in Sierra Leone, Yemen and Somalia.

“We have learned many important lessons along the way. We now understand better than ever before that we need multifaceted and integrated responses to reach sustainable solutions. Conflict prevention and peacekeeping need to be closely linked to long-term work in areas such as rule of law, human rights and development,” Mr. Eliasson said, adding that such long-term work would require a close relationship between governments, civil society and international organizations. 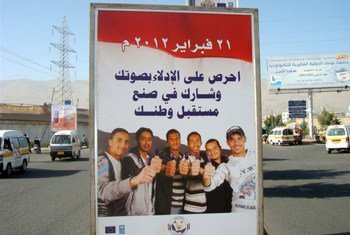 29 November 2012
Secretary-General Ban Ki-moon today called on Member States to increase their support to the United Nations Peacebuilding Fund, which provides financing for activities aiming to secure a lasting peace in countries emerging from conflict.