March of Dimes
Mother kissing her newborn baby. 15 million babies are born premature every year, or before 37 completed weeks of gestation.

17 November 2012
Marking the second World Prematurity Day, the United Nations today highlighted how effective and low-cost health care measures can help save the lives of millions of newborn babies.

“We know what it takes to address the challenge of prematurity and we are committed to bringing partners together behind proved, affordable solutions,” said Secretary-General Ban Ki-moon.

Babies born between 32 and less than 37 completed weeks of pregnancy make up 85 per cent of the 15 million preterm babies born annually – some 12.6 million. According to the UN World Health Organization (WHO), preterm birth is the world's largest killer of newborn babies, causing more than one million deaths each year. However, 75 per cent could be saved without expensive, high technology care.

“Essential newborn care is especially important for babies born preterm,” said the Director of WHO's Department of Maternal, Newborn, Child and Adolescent Health, Elizabeth Mason. “This means keeping them warm, clean, and well-fed, and ensuring that babies who have difficulty breathing get immediate attention.”

Low-cost interventions that are not commonly used but are very effective include steroid injections that help speed up the development of the baby's lungs, kangaroo mother care which helps keep the baby warm and facilitates breastfeeding, and prescribing basic antibiotics, such as amoxicillin to treat pneumonia and other infections.

Prevention is also key, WHO said in a news release, stressing that countries work to decrease risk factors for mothers, such as obesity, diabetes, high blood pressure, smoking, infection, underweight, and pregnancies spaced too closely together, among others.

WHO and partners have also published Born too soon: The global action report on preterm birth, which presents the first country-by-country estimates of preterm births. The countries with the greatest numbers of moderate to late preterm births annually are India, China, Nigeria, Pakistan and Indonesia, followed by the United States.

To mark the Day, many countries are expected to announce commitments to reduce preterm mortality. Malawi, which has the world's highest preterm birth rate, will institute kangaroo mother care and provide steroid injections in almost all hospitals, its health leaders said. In India, the Government has been working with the UN Children's Fund (UNICEF) to outfit 100 hospitals to care for preterm babies. In Uganda, the Government has committed to speeding access to steroid injections.

The report also included 30 new commitments to the Every Woman Every Child initiative led by Mr. Ban, on prevention of preterm birth and care of babies born too soon. The commitments entail working with country to improve available data on preterm births, working with partners to research the causes and treatments of preterm birth, and regularly update guidelines for management of pregnancy and mother with preterm labour.

World Prematurity Day was started last year by the March of Dimes Foundation, a non-profit organization that works to improve the health of mothers and babies and was founded by US President Franklin Delano Roosevelt in 1938 to combat polio. 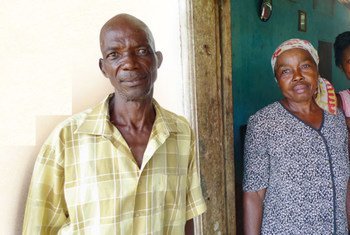 14 November 2012
A new United Nations report urges additional investments in family planning that could save developing countries more than $11 billion a year in maternal and newborn health care costs, while stressing that the benefits of making services available to everyone are not just economic.