United Nations officials today stressed the importance of building tolerance and understanding to counter ignorance and extremism, adding that differences and diversity should be a source of strength and not fear.

“In an increasingly globalized world – in which societies are growing more diverse – tolerance is central to living together,” Secretary-General Ban Ki-moon said in his message to mark the International Day for Tolerance.

“In the face of economic and social pressures, some seek to exploit fears and highlight differences to stoke hatred of minorities, immigrants and the disadvantaged,” he added. “To counter the rise of ignorance, extremism and hate-based political appeals, the moderate majority must speak up for shared values and against all forms of discrimination.”

The Secretary-General underlined that tolerance is not just a path to peaceful coexistence but also an engine for creativity and innovation as it allows cultures to share values and a free flow of ideas.

“In our evermore interconnected world, promoting tolerance is the way to build the harmony we need to address pressing challenges and secure a better future,” he said.

Starting in 1996, the General Assembly invited UN Member States to observe the International Day for Tolerance on 16 November each year, with activities directed towards both educational establishments and the wider public. The action followed on from the UN Year for Tolerance in 1995, proclaimed by the Assembly in 1993 at the initiative of the UN Educational, Scientific and Cultural Organization (UNESCO).

In her message for the day, UNESCO’s Director-General, Irina Bokova, stressed that rapidly evolving societies have multiplied ties connecting people, while also making differences more visible, which can be a source of misunderstanding and tension.

“With closer proximity have come new threats that are exploited by those seeking to deepen divisions,” Ms. Bokova said. “The ‘local’ is but one click away from the ‘global’ in the digital era, and this creates new, unpredictable vulnerabilities for all societies.”

Ms. Bokova noted that UNESCO is helping to build tolerance and solidarity across borders by educating children on how to be global citizens, protecting cultural diversity, harnessing the power of science to share its benefits with all societies, and by defending freedom of expression.

“We must invent new ways to strengthen the binds that bring us together,” she said. “We must reach out to young women and men, who carry the greatest burden of change.”

Tolerance is a commitment to be learned and renewed every day, the UNESCO chief continued, adding that it must be taught, nurtured and never taken for granted, and noting that “tolerance is a way to disarm fear, to open the world for better change and to lay the foundations for lasting peace.” 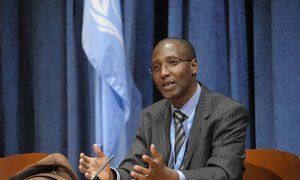