“The pervasiveness of corruption in the judiciary and the legal profession, whether one off or endemic, is very worrying because it directly undermines the rule of law and the ability of the judiciary to guarantee the protection of human rights,” the Special Rapporteur on the independence of judges and lawyers, Gabriela Knaul, told the General Assembly while presenting it with her latest annual report.

“A judiciary that is not independent can easily be corrupted or co-opted by interests other than those of applying the law in a fair and impartial manner,” she said. “Strengthening the judiciary from within, as well as providing all the safeguards for its independence vis-à-vis other public officials and private actors, is essential in combating and preventing instances of judicial corruption.”

Ms. Knaul noted that corruption in the judiciary has the potential to victimize those that do not have the means to play by the informal rules set by a corrupt system.

“Corruption in the judiciary discourages people from resorting to the formal justice system, thereby diverting dispute settlements towards informal systems that more than often do not abide by the basic principles of impartiality, fairness, non-discrimination and due process,” she said.

Mechanisms of accountability, the Special Rapporteur underlined, should be put in place to investigate acts of corruption and they should be developed with the full participation of the actors concerned.

“I strongly believe that the existing international principles and standards on human rights and corruption provide adequate guidance on how to tackle judicial corruption while respecting the independence of the justice system and human rights,” she said.

Ms. Knaul also emphasized that judges, prosecutors and lawyers are in a unique position to tackle the wider phenomenon of corruption in other instances of the public and private sectors, and that “anti-corruption bodies should be established or developed to effectively assist judicial actors to combat corruption and to implement and strengthen transparency within the public sector.” 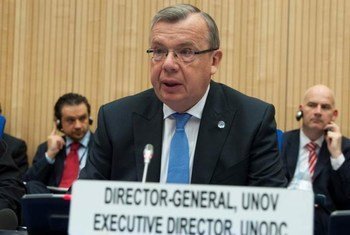 27 September 2012
Drug trafficking and related violence constitutes a serious threat to the rule of law in Central America, a new United Nations report states, stressing the need to strengthen institutions so they are not exploited by cross-border criminals.