24 September 2012
A special meeting on how best to strengthen the world’s multilateral system to better promote sustainable development kicked off at UN Headquarters in New York today with a call for new thinking and greater policy coherence on the issue.

“The world faces many challenges, many of which are becoming increasingly plain to see,” said the President of the UN Economic and Social Council (ECOSOC), Miloš Koterec, at the opening of an ECOSOC Special Ministerial Meeting, held under the theme ‘Building the Future We Want.’

“A major systemic rethink is thus in order, as is far greater policy coherence across the economic, social, and environmental pillars,” he added. “The whole ECOSOC system needs to be geared towards sustainable development. Agendas, working methods and engagement with other actors should be totally redesigned.”

Attended by Government ministers and other relevant actors from around the world, the Special Ministerial Meeting is centred on an expert panel discussion and an interactive dialogue on strengthening the multilateral system for sustainable development, and a better integration of related economic, social and environmental dimensions.

The gathering comes in the wake of the UN Conference on Sustainable Development (Rio+20), held in Brazil in June, during which world leaders acknowledged the importance of an inclusive, transparent, strengthened and effective multilateral system to better address the urgent global challenges of sustainable development.

“Rio+20 has given us a solid platform to build on, and the tools to build with. Now is the time to follow up, to get down to work, to get practical. There is no time to waste,” said Secretary-General Ban Ki-moon in his remarks to the meeting’s opening.

In his remarks, Mr. Koterec noted how, among other “disappointing developments” in 2012, the global economy expanded by just 2.8 per cent in the year to the second quarter, its slowest pace since the end of 2009, and that the threat of social unrest looms ever larger, with “good jobs” remaining scarce.

“Income inequality has been increasing dramatically in much of the rich world. Food prices have climbed by tens of percentage points in recent years, after a century of steady decline,” he said. “For the world’s poorest, this can make the difference between feeding a child or sending her to school. These are a few of the reasons why we’ve gathered here today.”

Secretary-General Ban said that a strengthened multilateral system must be able to address immediate concerns as well as broad sustainable development challenges, from poverty, high unemployment and food insecurity, to biodiversity loss and climate change.

“That means being coherent and coordinated,” he said. “And it means doing far more to integrate the economic, social and environmental pillars of sustainable development into policy making at all levels.”

The UN chief outlined five challenges in which he said ECOSOC can make an important contribution. These are: a coordinated solution to the global jobs crisis, and action to avoid a new global recession; the honouring of commitments to the developing world by donor countries; placing food and nutrition security at the top of the development agenda; making the most of the “diverse and many opportunities” presented by Rio+20, especially for inclusive green growth; and, the revival of the so-called Doha Round of negotiations on reducing international trade barriers.

Addressing the Special Ministerial Meeting, the UN Under-Secretary-General for Economic and Social Affairs, Wu Hongbo, said that ECOSOC – through its work to promote international dialogue on global trends and policymaking on a range of issues, including population and development, as well as the environment – is well-placed to continue its leadership position in the area of sustainable development.

This includes through reviewing the implementation of the global development agenda, including the anti-poverty targets known as the Millennium Development Goals (MDGs); integrating the economic, social and environmental pillars; and, and contributing to the on-going preparations for a post-2015 development agenda.

“Let’s be clear, however – in order to accomplish this, the ECOSOC system itself needs a makeover,” Mr. Wu said. “In specific terms, substantial changes are needed to its agenda setting and working methods. Yet, such changes will require significant political engagement.”

“The momentum for strengthening the Council is already set in motion,” he added. “Your deliberations will provide further guidance and impetus to this effort.”

In his remarks to the meeting, the President of the General Assembly, Vuk Jeremic, said he looked forward to the outcome of the deliberations.

“I am confident that the General Assembly and this Council will remain committed to the achievement of the Millennium Development Goals. At the same time, we must focus more intensely on the post-2015 agenda,” Mr. Jeremic. “It is crucial for us to remain on the same page throughout this process.”

“The outcome of the Rio+20 conference highlighted, once again, that more coherence and coordination is required if the diverse challenges we face today are to be decisively and successfully addressed,” he added. “I will look to ECOSOC to play an enhanced role in the post-Rio+20 discussions, in light of the guidelines it received from world leaders in June.”

Agreed on by world leaders at a UN summit in 2000, the eight MDGs set specific targets on poverty alleviation, education, gender equality, child and maternal health, environmental stability, HIV/AIDS reduction, and the creation of a 'Global Partnership for Development – all by a deadline of 2015.

At a 2010 MDG Summit, UN Member States called for open, inclusive consultations – involving civil society, the private sector, academia and research institutions from all regions, in addition to the UN system – to advance the development agenda beyond 2015. 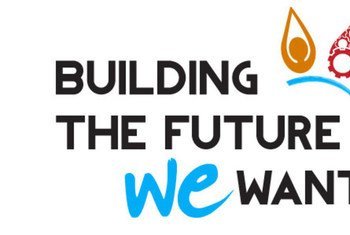 20 September 2012
The United Nations Economic and Social Council (ECOSOC) has launched a global online forum where audiences can ask questions of Government officials from around the world on the steps needed to address challenges on sustainable development issues.