“The Treaty Event provides a distinct opportunity for States to reaffirm their continuing commitment to strengthen the rule of law at the international level,” Mr. Ban said in his letter of invitation to Member States and their delegations while urging them “to join efforts to advance the universal application of the framework of internationally agreed upon norms and standards.”

According to the UN, the rule of law is a principle of governance in which all persons, institutions and entities, including the State itself, are held accountable to publicly promulgated laws which are equally and fairly enforced, independently adjudicated, and consistent with international human rights standards.

This year’s Treaty Event, entitled ‘Strengthening the Rule of Law,’ will be held from 24 to 26 September and from 1 to 2 October, to coincide with the General Assembly’s high level meeting on the Rule of Law.

The annual treaty event, which was initiated in 2000, is an awareness-raising occasion by the UN Secretary-General, who is the depository of the 550 multilateral treaties that establish the rules of conduct for States. The event is intended promote participation in the treaty framework internationally and nationally.

Since it was established, the Treaty Event has resulted in 1,679 treaty-related actions, including signatures, ratifications, and accessions.

UN launches rule of law indicators for countries in transition 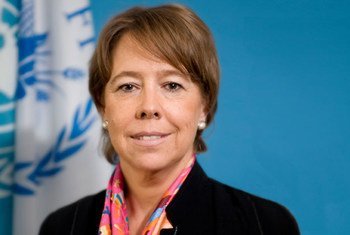 16 September 2011
Secretary-General Ban Ki-moon announced today that he has appointed an experienced financial officer and manager from Mexico as the next Controller of the United Nations.