“The report paints a troubling picture,” Mr. Ban told reporters as he launched the 2012 MDG Gap Task Force Report at UN Headquarters in New York. “It is clear that we need a stronger global partnership to achieve the MDGs by the 2015 deadline.”

In March Mr. Ban reported major progress in achieving the MDGs, with several important targets – on poverty, water, slums and on parity between girls and boys in primary education – having been met.

“But, on the global partnership, progress is weaker,” he told the media briefing. “Last year, official development assistance decline for the first time in many years. I repeat my call to the international community: do not place the burden of fiscal austerity on the backs of the poor – either in your own countries or abroad.”

The Task Force Report, issued ahead of the annual high-level General Assembly meetings next week, notes that after reaching a peak in 2010, the volume of official development assistance fell almost three per cent in 2011.

It warns that with no apparent commitment by donor governments to reverse the trend, it is possible that fewer of the MDGs will be reached in fewer countries by the 2015 deadline.

While challenging, meeting the remaining targets by 2015 is still possible, but only if Governments do not waiver from their commitments made over a decade ago and international support is adequate, says the Task Force Report, which offers recommendations for the global community to sustain momentum on important MDG gains.

According to the Report, to meet the UN target of 0.7 per cent of donor country gross national income, total overseas development assistance (ODA) should more than double to about $300 billion (in 2011 dollars), thus leaving a delivery gap of $167 billion against that commitment. Least developed countries should receive about one-fourth of this amount. 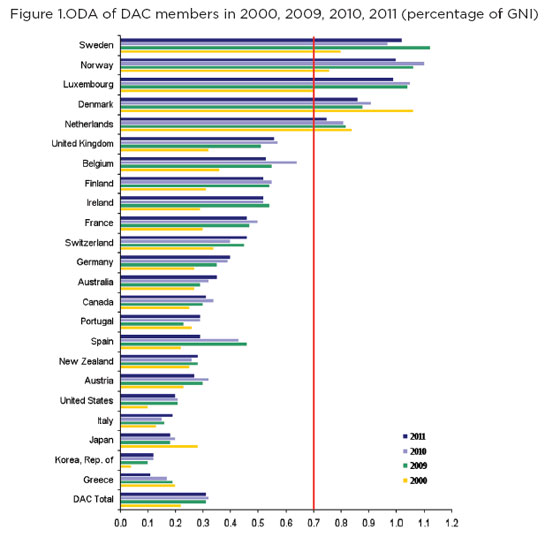 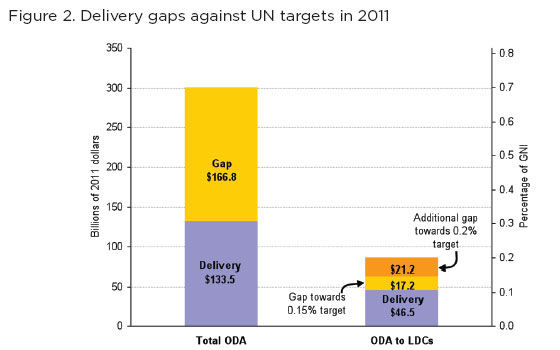 The Report commends the international community for successfully providing debt relief to heavily indebted poor countries, and says that since existing international debt relief initiatives are coming to an end, it is urgent to devise new arrangements.

On the issue of trade, the Task Force Report points out that negotiations for a fairer multilateral trading system – taking place under the so-called Doha Round of negotiations on reducing international trade barriers – remain at an impasse 11 years after they began.

Rather than seeking a comprehensive agreement, the Report suggests that achieving partial agreements could help in making steps forward and regaining momentum in the negotiations to eliminate inequities in the trading system.

The MDG Gap Task Force – created five years ago to track progress in strengthening the global partnership for development – recommends that donor governments honour their commitments to deliver increased ODA, despite budgetary constraints.

“Let us heed the lessons of this new report and keep pressing for progress,” said Mr. Ban. 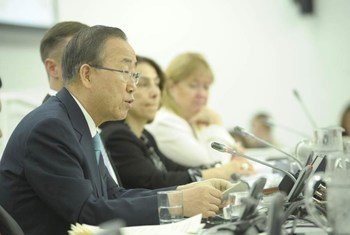