Top officials of the United Nations said today that education could tackle the roots of conflict by promoting an understanding of common humanity, as they opened a day-long General Assembly forum on the promulgation of a ‘culture of peace’ at the Organization’s headquarters in New York.

Adopted by the General Assembly in 1999, the Programme includes actions aimed at fostering a culture of peace through education – such as ensuring that children, from an early age, benefit from education on values and attitudes to enable them to resolve any dispute peacefully – as well as actions to promote sustainable economic and social development.

The forum comes one week ahead of the High-Level Debate on the Culture of Peace where, Mr. Ban announced, he will launch a new global initiative called ‘Education First’ to bring together a partnership to give every child the chance to attend school. “We want them to have quality lessons. And we want to strengthen their core values,” he said.

The UN chief stated that it was obvious that the absence of peace caused suffering, citing not only the civilian toll in open conflicts such as that in Syria, but also the deadly effects of discrimination, xenophobia, terrorism and human rights abuses around the world.

In that context, he noted the “terrible attacks and unrest” of recent days in Libya and elsewhere, apparently sparked, he said, by a “hateful, disgusting film” – calling it shameful to exploit the right to free expression to provoke bigotry and bloodshed, but deeming it equally wrong to exploit the resulting anger and feed “the cycle of recrimination and senseless violence.”

“To fundamentally tackle the roots of conflict, we need to promote an understanding of our common humanity,” he said, adding that education is paramount for that purpose.

Addressing the same gathering, General Assembly President Nassir Abdulaziz Al-Nasser stressed that it was not enough to prevent war to ensure peace, and advocated for active efforts to promote a culture of peace through education that champions non-violence and justice in all areas.

“The youth of today deserve a radically different education – one that does not glorify war but educates for peace,” he said. “The cause of peace needs to be understood not only in the passive sense of the absence of war, but also in the constructive sense of creating conditions for equality and social justice.”

Mr. Al-Nasser stressed that during his Assembly Presidency, which comes to term next week with the swearing-in of the President of the upcoming 67th Session, he strove to promote cross-cultural dialogue for mutual understanding, strongly supporting the Alliance of Civilizations initiative that spearheads that effort.

The schedule of today’s forum also includes panel discussions on new partnerships and other new developments in advancing the Programme of Action, as well as considerations of the way forward.

♦ Receive daily updates directly in your inbox - Subscribe here to a topic.
♦ Download the UN News app for your iOS or Android devices.
culture of peace 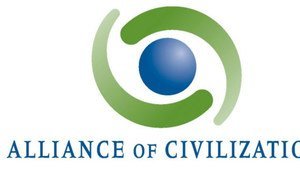 Role of Alliance of Civilizations more vital than ever, say UN officials

With its ability to foster cross-cultural understanding among peoples and societies, the Alliance of Civilizations initiative is crucial in the struggle to combat intolerance, extremism and bigotry worldwide, United Nations officials stressed today.