11 September 2012
A United Nations senior official today urged Venezuela to reconsider its decision to withdraw from the American Convention of Human rights, warning that doing so would represent a serious setback for human rights protection in the Latin American country and the region as a whole.

“I fear that a vital layer of human rights protection for Venezuelans – and potentially for other Latin Americans as well – will be stripped away if this decision is carried out, and they will be left far more vulnerable to abuses with fewer remedies available,” said the UN High Commissioner for Human Rights Navi Pillay. “I therefore urge Venezuela to reconsider its decision to withdraw from the American Convention on Human Rights.”

According to a news release from the Organization of American States (OAS) on Monday, the Venezuelan Government informed the OAS’ Secretary General of its move through an official letter, in which it also denounced the Convention.

The American Convention on Human Rights – also known as the Pact of San José – was adopted by many American countries in the Costa Rican capital of San José in 1969, and came into force in 1978.

It defines the human rights which the ratifying States have agreed to respect and ensure, and it created two organs to promote the observance and protection of human rights and take responsibility for overseeing compliance with the Convention: the Inter-American Commission on Human Rights (IACHR) and the Inter-American Court of Human Rights, which are both OAS organs.

In a news release from the Office of the UN High Commissioner for Human Rights (OHCHR), Ms. Pillay noted that Venezuela’s move runs directly counter to resolutions recently adopted by the Geneva-based UN Human Rights Council, which aim to enhance cooperation and dialogue between international and regional human rights mechanisms.

However, Ms. Pillay stressed that her main concern were not the human rights bodies themselves but the people whose rights will be affected.

“The Inter-American Court and Inter-American Commission have played an important role throughout the region’s democratic history, perhaps now more than ever, in protecting the rights of vulnerable groups, such as indigenous peoples, human rights defenders, journalists and others,” she added. “Governments and civil society must continue to be vigilant to ensure that the hard-won human rights gains in the Americas region are not squandered.” 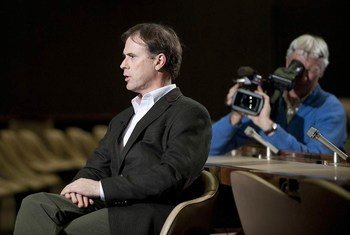 4 May 2012
The United Nations today voiced concern over Venezuela’s announcement that it is establishing a committee to evaluate the possibility of withdrawing from the Inter-American Commission on Human Rights (IACHR).