The plan presented by the International Commission against Impunity in Guatemala (known by the Spanish-language acronym CICIG) focuses on four areas to improve the rule of law in the Latin American nation: reducing impunity rates, coordinating Government efforts to fight criminality, eradicating and preventing the emergence of illegal security forces, and raising awareness of the impact that impunity has on a democratic society.

The United Nations and the Guatemalan Government set up CICIG in 2006 as an independent body to support the public prosecutors’ office, the national civilian police and other institutions to investigate a limited number of sensitive and difficult cases regarding illegal security groups and clandestine security organizations and also dismantle them.

Based in Guatemala City, the capital, since it began operations in early 2008, CICIG seeks to bolster the rule of law and is permitted by its mandate to conduct independent investigations and help authorities bring representative cases to trial in national courts.

Accompanying the presentation of the work plan to UN Member States was a high-level delegation of Guatemalan Government and judicial officials, including the nation's Vice-President and Interior Minister, Attorney General and the presidents of the Congress and Supreme Court.

During the plan’s presentation by Commissioner Francisco Javier Dall’Anese Ruiz, the UN Assistant Secretary-General for Political Affairs, Oscar Fernandez-Taranco, said the UN Secretariat greatly values the Commission’s work and believes the its efforts deserve the strong support of the international community.

According to a new release issued by CICIG, the plan is backed by the Guatemalan authorities as well as Member States who have an interest in supporting the country’s justice system.

In the news release, CICIG added that it has progressed greatly with regard to the investigation and criminal prosecution of cases of corruption, money laundering, extra-judicial killings and drug trafficking involving high-ranking State officials and former State officials, businesspersons and illegal drug traffickers.

This has led to 135 persons being linked to proceedings on different charges, the Commission noted. 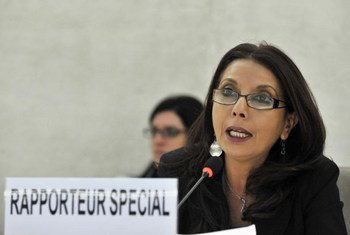 30 August 2012
In spite of protection measures by the Guatemalan Government, many children are still victims of sexual exploitation and forced labour, a United Nations independent expert warned today.