UN Photo/Logan Abassi
A resident of a low-lying area of Port-au-Prince flees his flooded home taking whatever possessions with him.

27 August 2012
Humanitarian efforts are underway in Haiti following the torrential rains and blustery winds that battered the country over the weekend as Tropical Storm Isaac swept across the nation, the United Nations said today.

Tropical Storm Isaac raised considerable concern early last week as it looked set to turn into a hurricane before barrelling down upon the Caribbean island of Hispaniola, shared by both Haiti and the Dominican Republic.

Though the storm never fully transformed into a full-blown hurricane, it lashed Haiti with heavy rains and winds causing severe damage to the beleaguered nation, which is still recovering from the devastation of the 2010 earthquake.

According to media reports, eight people were killed in Haiti alone and more than 14,000 people had left their homes, while another 13,500 had sought refuge in temporary shelters. Initial reports also indicate that the West and Southeastern Departments were the most affected by the storm, with flooding and mudslides causing extensive damage to bridges, roads and temporary shelters, such as tents and tarps.

In a news release, the UN announced that it had begun responding to the humanitarian needs of the local population, providing stocks of food and drinking water to the evacuation centres in the West, South East, Grande Anse and Artibonite Departments.

“In support of the Government’s coordination mechanisms, and depending on the scope of the needs, the humanitarian community is ready to provide further assistance for the distribution of potable water, Aquatabs, non-food and food items, therapeutic nutrition supply, hygiene kits, and cholera response kits, among others,” the Organization noted in the news release, which also said that the Government of Haiti was being closely assisted by UN agencies such as the UN Development Programme.

The release also pointed out that UNICEF was closely assisting the Government of Haiti’s Child Protection agency staff their call centre for vulnerable children.

Along with addressing the more immediate needs of the Haitian population, the UN also emphasized that it was prepared to help the Government with long-term recovery efforts, such as providing seeds and tools to farmers whose crops were damaged by the storm.

Meanwhile, speaking from UN Headquarters in New York, a spokesperson for the President of the General Assembly said President Nassir Abdulaziz Al-Nasser had voiced his sadness at the loss of life in Haiti and at the destruction caused by Tropical Storm Isaac.

“The President extends his condolences to the people and Government of Haiti and especially the families of those who have been killed in this storm,” a spokesperson for Mr. Al-Nasser said.

“He also wishes to express his support for the efforts provided by the Government of Haiti with the assistance of the UN and other international organizations,” the statement added, further noting Mr. Al-Nasser’s call for all UN Member States to “re-double their efforts” in disaster prevention and response.

Syria: Ban condemns killing of hundreds of civilians in Daraya 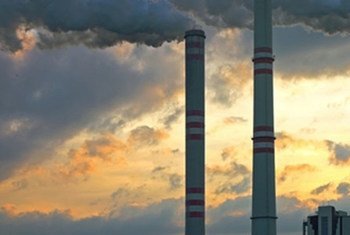 23 August 2012
A United Nations fund aimed at mobilizing resources to help developing countries mitigate the impact of global warming has kicked-off its first official meeting, it was announced today.