24 August 2012
The deteriorating security situation in Lebanon this week has made it increasingly difficult to provide assistance to thousands of Syrians seeking asylum in the neighbouring country, the United Nations refugee agency said today.

“Clashes between rival neighbourhoods in Tripoli continue, and this has affected the pace of registration from our newly established centre in the city,” a spokesperson for the Office of the UN High Commissioner for Refugees (UNHCR), Adrian Edwards, told a media briefing in Geneva.

“The registration centre was open until yesterday with reduced staff as about half of them live in areas affected by shooting. Today, however, we’ve had to close the centre temporarily for security reasons,” Mr. Edwards said, adding that UNHCR would continue its operations despite the security challenges.

Syria has been wracked by violence, with an estimated 17,000 people, mostly civilians, killed since the uprising against President Bashar al-Assad began some 17 months ago. According to media reports, fighting between supporters and opponents of the Syrian Government in the Lebanese capital, Beirut, has killed more than 12 people this week, and there has been an increase in tensions in other parts of the country, such as the northern city of Tripoli.

The registration of refugees has also been affected in the Bekaa valley, located along the border with Syria in eastern Lebanon, in the wake of recent kidnappings of Syrians in the area. “As a protection measure for the refugees, we are avoiding large gatherings of Syrians at registration and distribution points in some areas though assistance continues in a modified way,” Mr. Edwards said.

Some 51,000 Syrians have registered or applied to register with UNHCR in Lebanon. One of the refugee agency’s key concerns is to identify and rehabilitate alternative shelters for the growing number of people staying in schools, which are due to resume classes next month.

Mr. Edwards said the refugee agency has identified abandoned schools and hopes to relocate some 500 people in the Bekaa valley in the coming fortnight. “Across Lebanon, UNHCR has been continuing its back-to-school drive and yesterday met with school directors in Halba Public School in the north to identify places for refugee children,” he said.

Overall, the total number of Syrian refugees registered or awaiting registration with UNHCR currently stands at 202,512.

UNHCR is also continuing its operations in Turkey, Jordan, Iraq and Syria, the spokesperson added. In Turkey, the country hosting the largest number of Syrian refugees, seven new camps are being built, which will bring the total number of camps to 16, with a capacity to hold 130,000 people.

Meanwhile, the influx of refugees continues in Jordan and Iraq, where UNHCR is working on improving conditions in camps to give people access to basic services such as electricity.

In addition, the spokesperson said, the agency continues its work in Syria itself, despite an escalation in military activity in the capital, Damascus, which has restricted staff movements and the ability of refugees to access the UNHCR office.

“Our hotlines continue to operate giving counselling to refugees who enquire about relocation, food distribution, financial assistance, residency issues, registration and resettlement,” Mr. Edwards said. “Relief items like hygiene kits and mattresses are being distributed to displaced people via our partners.” 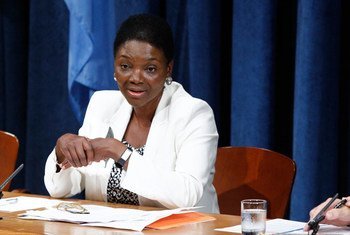