7 August 2012
The high prevalence of physical abuse is causing long-term damage to the lives of far too many children in East Asia and the Pacific, warns a new report by the United Nations Children’s Fund (UNICEF).

The report, Child Maltreatment: Prevalence, Incidence and Consequences in East Asia and Pacific, analyzes a series of studies undertaken by experts and academics over the past decade on child maltreatment in the region.

“Child maltreatment has harmful long-term consequences, not only for the children suffering the abuse, but also for the families and societies in which they live,” UNICEF’s Regional Child Protection Specialist, Amalee McCoy, said in a news release. “Understanding the prevalence of child maltreatment is a first step towards identifying the right measures to make every child in the region safer.”

There are currently some 580 million children in the East Asia–Pacific region, representing one quarter of the world’s children, living in some of the most densely populated and culturally diverse places in the world.

The report, which will be released on Wednesday, reveals that although the frequency of physical abuse of children varies from country to country and from study to study, the best case scenario suggests that one in 10 children experience physical abuse, while the worst case finds that 30.3 per cent of children suffer from abuse. Severe physical abuse includes beatings, including those inflicted by fists or implements, which result in physical injury.

According to UNICEF, the consistently high prevalence of child maltreatment throughout a region with such a large number of children was “distressing.” In addition, amongst other findings, the report found that between 14 and 30 per cent of the region’s boys and girls report experiencing forced sex, and for many young people their first experiences of sexual intercourse is forced.

“We need to strengthen national child protection systems to protect children who are already experiencing harm, and to create environments where abuse is prevented and the risks of violence to children are mitigated,” Ms. McCoy said.

The damage to children caused by sexual and physical abuse is often very serious and lifelong, UNICEF notes. Children who are abused, neglected, exploited or experience violence are more likely to be depressed and experience other types of mental health problems, to think about or attempt suicide, to have more physical symptoms – both medically explained and unexplained – and to engage in more high-risk behaviours than their non-abused counterparts.

The report’s finding will be reviewed by child protection experts from governments, the UN system and civil society at a meeting that will be held in Bangkok, Thailand, on Wednesday. 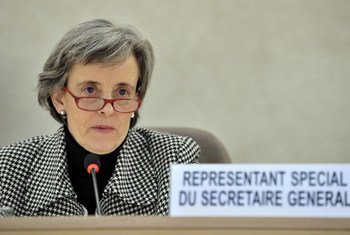 18 January 2012
Representatives from the United Nations and South-east Asian nations have teamed up to explore ways to address the multifaceted issue of violence against women and children in the region, holding a two-day meeting aimed at strengthening measures against the problem.