2 August 2012
In the midst of a visit to Burkina Faso, a United Nations top official today urged countries to provide support for the severely under-funded operation for the large number of refugees fleeing Mali.

“We have now 257,000 refugees from Mali who are going through an enormous level of suffering and deprivation,” said the UN High Commissioner for Refugees, António Guterres, during a visit to the Damba camp, which is home to some 1,200 Malian refugees, in northern Burkina Faso.

“They had to cross the borders of very poor countries that have very dramatic food security problems: Niger, Mauritania and Burkina Faso,” Mr. Guterres added in a news release. “They found a fantastic generosity in their host countries that are sharing everything they have with them, but they did not find until now the attention of the international community.”

Accompanied by the US Assistant Secretary of State for Population, Refugees, and Migration, Anne C. Richard, the UN refugee chief is in Burkina Faso to review the situation for Malian refugees.

In January, fighting between Government forces and Tuareg rebels resumed in northern Mali. The instability and insecurity resulting from the renewed clashes, as well as the proliferation of armed groups in the region and political instability in the wake of a coup d’état in March, have led over 250,000 Malians to flee to neighbouring countries. Some 174,000 Malians are estimated to be internally displaced.

“We, the aid agencies, are struggling to provide [refugees] with basic needs in water, food, sanitation and health,” Mr. Guterres said.

In the news release, UNHCR said it is still struggling with a severe lack of funding, despite a recent $10 million donation from the United States and contributions from other donors. The agency has so far received $49.9 million out of the $153 million needed for the emergency operation.

While in the Damba camp, Mr. Guterres visited the site’s registration centre where a UNHCR team collects detailed information on number of refugees in official sites to be able to provide them with adequate assistance according to their needs. The registration is scheduled to take place in all official sites in Burkina Faso over the next few weeks, the agency said.

“When you have over 250,000 people in semi-desert areas of landlocked countries, with huge logistic problems, and when those countries themselves are facing exceptional challenges, not only in relation to development but also in their capacity to feed their own people, it is obvious that all the resources that we can find are not yet in proportion with the needs we face,” Mr. Guterres said. “That is why I hope that the attention of the international community will be more focused on the Mali situation.”

Mr. Guterres is scheduled to meet with Government officials, including the President and the Minister of Foreign Affairs, on Thursday in Burkina Faso’s capital, Ouagadougou. They will also meet with other UN agencies and non-governmental partners to discuss the humanitarian situation in Mali and the repercussions on neighbouring countries. 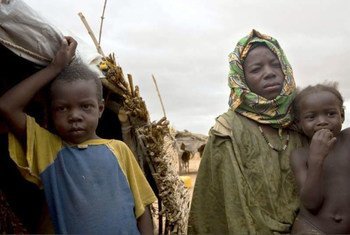 31 July 2012
A United Nations top official today urged the international community to boost its support for the hundreds of thousands of Malian refugees who have fled to neighbouring countries due to recent violence.