Secretary-General Ban Ki-moon will depart next Monday for a 10-day trip that will take him to China and South-eastern Europe.

In China, Mr. Ban will take part in the 5th Ministerial Conference of the Forum on China-Africa Cooperation. While in the capital, Beijing, he will also meet with the country’s leadership.

He will then travel to South-eastern Europe, “where he will promote the strong partnership between United Nations and the countries of the region,” according to an announcement issued by his office.

Mr. Ban’s first stop will be Slovenia, where he will meet with President Danilo Türk, Prime Minister Janez Janša, and Gregor Virant, President of the National Assembly.

He will then travel to Croatia, where, in the capital, Zagreb, he will meet with Foreign Minister Vesna Pusic and give a lecture at the Academy for Political Development on the occasion of the 20th anniversary of the country’s membership to the UN.

He will then proceed to Brijuni Islands, where he will hold talks with President Ivo Josipovic and Prime Minister Zoran Milanovic. While in Croatia, he will also take the opportunity to travel to the city of Porec, which has been designated a World Heritage Site by the UN Educational, Scientific and Cultural Organization (UNESCO).

Following that, the Secretary-General travels to Montenegro, where he will meet with President Filip Vujanovic, Prime Minister Igor Lukšic, and Ranko Krivokapic, Speaker of the Parliament. He will also visit a UN eco-building site and Cetinje, the country’s historical capital.

From Montenegro, Mr. Ban will travel to Serbia, where he will hold talks with President Tomislav Nikolic; Ivica Dacic, Prime Minister-designate, Principle Deputy Prime Minister and Minister of Interior; and Vuk Jeremic, President-elect of the General Assembly.

Mr. Ban then goes to Kosovo, where he will visit the UN Interim Administration Mission in Kosovo (UNMIK). While there, he will meet with international and regional organizations and with Kosovo authorities. He will also visit the Visoki Decani monastery, a UNESCO World Heritage Site, as well as the city of Prizren.

The Secretary-General will then travel to the former Yugoslav Republic of Macedonia, where he will meet with President Gjorge Ivanov and Prime Minister Nikola Gruevski. While in Skopje, he will also address the country’s Parliament after having met with Trajko Veljanoski, President of the Assembly.

While in Sarajevo, the Secretary-General will address the Parliament and meet with leaders of political parties and with representatives of the international community. He will also travel to Srebrenica, where he will visit the Potocari Memorial Center.

♦ Receive daily updates directly in your inbox - Subscribe here to a topic.
♦ Download the UN News app for your iOS or Android devices.
Ban ki-moon|travel

Secretary-General set to travel to Africa next week 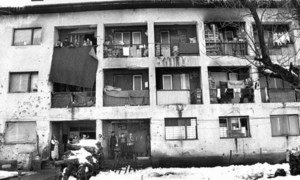 Two decades after the siege of the city of Sarajevo during the Balkans conflicts, the UN refugee agency today highlighted the plight of people still living as refugees in the region.