Mr. La Rue cited in particular “the continuing repression of journalists and media freedom worldwide, aimed at suppressing information deemed ‘inconvenient,’ and increasing restrictions placed on journalists who disseminate information through the Internet.”

“States continue to utilize criminal laws on defamation, national security and counterterrorism to suppress dissent and criticism, including on Government policies, human rights violations and allegations of corruption,” he noted, adding that, “such ‘judicial harassment’ generates a climate of fear and encourages self-censorship.”

Mr. Heyns underscored that impunity is “a major, if not the main, cause” of the high number of journalists killed every year.

“The countries where the highest numbers of journalists are killed are also, almost without exception, those with the highest levels of impunity,” he said.

“It is hard to imagine a world without journalists. Without their work, humanity would be reduced to silence, and yet a large number are killed every year with almost total impunity,” he added, noting that journalists are among the persons who receive the most death threats.

The two experts put forward specific recommendations in their reports dealing with material, legal, and policing measures of protection, ranging from public condemnation of attacks against journalists, support for press freedom by senior government officials and greater accountability to fight impunity. 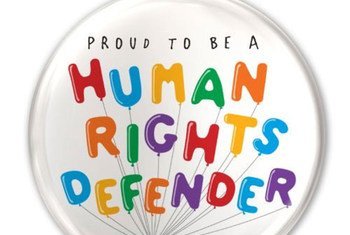 5 March 2012
Recent global events have highlighted the fact that journalists and media workers reporting on human rights issues are particularly vulnerable to threats and attacks, an independent United Nations expert said today, calling for greater protection for those who carry out such vital work.