Millions of children – most of them in sub-Saharan Africa and South Asia – die every year from largely preventable causes before reaching their fifth birthdays, UNICEF noted in a news release. In 2010, this translated to 57 children dying for every 1,000 live births.

The Child Survival Call to Action – a high-level forum convened in Washington, D.C., by the Governments of Ethiopia, India and the United States, in collaboration with UNICEF – challenges the world to reduce child mortality to 20 or fewer child deaths per 1,000 live births in every country by 2035.

“Reaching this historic target will save an additional 45 million children’s lives by 2035, bringing the world closer to the ultimate goal of ending preventable child deaths,” the agency stated.

It added that the goal can be reached by focusing on five key areas, including boosting efforts in the 24 countries that account for 80 per cent of under-five deaths, scaling-up access for underserved populations, and addressing the five causes that account for nearly 60 per cent of child deaths – pneumonia, diarrhoea, malaria, pre-term births and intrapartum (around the time of childbirth).

Increased focus is also needed on investing beyond health programmes to include educating girls, empowering women, and promoting inclusive economic growth, and unifying around a shared goal and using common metrics to track progress.

At the Call to Action, governments and partners are being asked to pledge their support for A Promise Renewed, a commitment to work together on sharpening national plans for child survival, monitoring results, and focusing greater attention on the most disadvantaged and vulnerable children.

“We have the tools, the treatments, and the technology to save millions of lives every year, and there is no excuse not to use them,” said UNICEF’s Executive Director, Anthony Lake.

“To renew our promise to the world’s children, we have to focus on the leading causes of child mortality like diarrhoea, pneumonia and malaria, scaling up coverage of high-impact, low-cost treatments, sparking greater innovation, and spurring greater political will to reach the hardest to reach children,” he said. “The grand goal of preventing child deaths must be our common cause.”

♦ Receive daily updates directly in your inbox - Subscribe here to a topic.
♦ Download the UN News app for your iOS or Android devices.
child|death 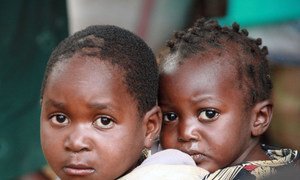