Mr. Munyagishari is accused of recruiting, training and leading Interahamwe militiamen in mass killings and rapes of Tutsi women in the Gisenyi prefecture and beyond between April and July 1994 – and his transfer to Rwanda is the fifth by the UN International Criminal Tribunal for Rwanda (ICTR).

On 25 May last year, Mr. Munyagishari was arrested in the Democratic Republic of Congo (DRC). He was transferred to the UN Detention Facility in the Tanzanian city of Arusha, where the ICTR is based, on 14 June 2011. He made his initial appearance on 20 June 2011 and pleaded not guilty to all charges.

In its ruling on Mr. Munyagishari’s referral, the three-judge panel ordered that the prosecution of the case be referred to the authorities of Rwanda, who will in turn hand over the case to the Rwandan High Court.

The ruling also requested the appointment of an independent organization as monitor instead of, or in addition to, the ICTR legal staff, before the transfer of Mr. Munyagishari to Rwanda.

In addition, the ICTR asked that Rwanda provide the defence team with access to people, locations and documents throughout the country as required in order to effectively conduct the case of the defence.

The ICTR was set up after the Rwandan genocide, when at least 800,000 ethnic Tutsis and politically moderate Hutus were killed during three months of bloodletting that followed the death of then-president Juvenal Habyarimana, when his plane was brought down over the Rwandan capital of Kigali. 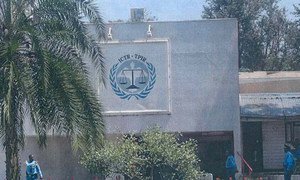