Countries today began the last round of negotiations on an outcome document before they meet in Brazil next month at the United Nations Sustainable Development Conference (Rio+20), which seeks to shape new policies to promote prosperity, reduce poverty and advance social equity and environmental protection.

“Time is running out,” Secretary-General Ban Ki-moon told participants at the Rio+20 informal consultations on the outcome document. “You still have much work to do – perhaps too much work – but you must persevere. The stakes are very, very high, for the people and for the planet, peace and prosperity.”

The latest round of negotiations consists of five days and was added earlier this month to provide countries with an opportunity to move talks forward and finalize the draft outcome document ahead the conference in Rio de Janeiro from 20-22 June. The event is expected to bring together more than 130 Heads of State, along with thousands of parliamentarians, mayors, UN officials, Chief Executive Officers and civil society leaders.

According to a news release, the negotiations will be based on a text that has been shortened and streamlined by the co-chairs of the deliberating process, Ambassador John Ashe of Antigua and Barbuda and Ambassador Kim Sook of the Republic of Korea.

“When we meet in Rio, Heads of State and Government must have before them a concise outcome document that meets their expectations,” Mr. Ban said. He encouraged delegates to be bold and work constructively with the streamlined document over the next few days.

A key issue in the negotiations has been the development of so-called Sustainable Development Goals – a set of benchmarks to guide countries in achieving targeted outcomes within a specific time period, such as on universal access to sustainable energy and clean water for all, and building on the anti-poverty Millennium Development Goals (MDGs) after their 2015 deadline.

“A process to define Sustainable Development Goals may be one of the most important deliverables of Rio+20,” Mr. Ban said. “They can provide concrete milestones on the path to realizing our vision, and they can help ensure that we integrate the three dimensions of sustainable development: the social, the economic and the environmental.”

After the last round of negotiations on the outcome document ends on Saturday, talks will resume during the Third Preparatory Committee meeting of the conference, from 13 to 15 June, in Rio de Janeiro. 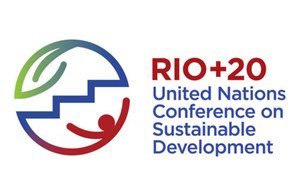 Representatives from governments negotiating the outcome document for the United Nations Sustainable Development Conference (Rio+20) today agreed to add five more days of deliberations to bridge differences that have kept them from making further progress in negotiations.