“I condemn the murder of Erick Martínez Ávila,” UNESCO’s Director-General, Irina Bokova, said in a news release. “I am deeply concerned about this second journalist killed in Honduras in a month and call on the authorities to bring to justice the perpetrators of this crime against the basic human right of freedom of expression.”

Mr. Martínez Ávila, 32, was a spokesman for Kukulcán, an organization that defends lesbian, gay, bisexual and transgender rights. According to Reporters Without Borders, his body was found on 7 May, two days after he had been reported missing. He is said to have been strangled.

“Freedom of expression is the cornerstone of democracy and rule of law and it is essential that journalists be allowed to contribute freely to political and social debate,” Ms. Bokova added.

According to UNESCO, the UN agency charged with defending freedom of expression and press freedom, 19 journalists and media workers, including Mr. Martínez Ávila, have been killed in Honduras since 2009.

In 2010, UNESCO supported training workshops in legal aspects of freedom of expression, access to information and election reporting for 140 journalists and media officers in the Honduras. 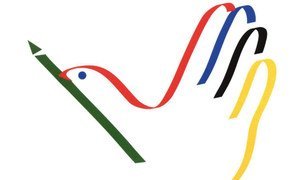 United Nations top officials today highlighted the power of press freedom to spark social and political change and to hold governments accountable, stressing that this vital right must be ensured across the world by creating the conditions that allow journalists to perform their work safely.