UNAIDS launches ‘Believe it. Do it.’ action campaign to help end new HIV infections among children by 2015
8 May 2012

“We have an amazing opportunity to change the world,” the Executive Director of the Joint UN Programme on HIV/AIDS (UNAIDS), Michel Sidibé, said in a news release. “We have the commitment of world leaders but the clock is ticking and we cannot get from 390,000 to zero without you.”

According to UNAIDS, some 390,000 children become newly infected with HIV every year, and as many as 42,000 women living with HIV die from complications related to the virus and pregnancy.

The campaign ‘Believe it. Do it.’ is part of a global plan of action that was adopted last year at the UN High Level Meeting on AIDS, when world leaders committed to end new HIV infections among children by 2015.

Through public service announcements, the campaign has three main objectives in relation to the public’s engagement on the issue: to raise awareness about the facts about ending new HIV infections among children, to send a message about the issue and the actions people can take, and to develop public support for mothers through organizations working with families.

‘Believe it. Do it.’ counts on the support of actress Naomi Watts and singer Annie Lennox, both of whom are UNAIDS Goodwill Ambassadors. They will appear in a video message produced by UNAIDS to raise awareness of the campaign, along with other actors such as Whoopi Goldberg – who is also a Goodwill Ambassador for the UN Children’s Fund (UNICEF) – Blair Underwood, Denis O’Hare, Alexandra Wentworth, and journalist George Stephanopoulos.

UNAIDS has also partnered with illustrator Sujean Rim to create a series of online cards celebrating families that can be shared across various social media platforms.

The campaign will be featured ahead of Mother’s Day in the U.S., which falls on 13 May, on the morning television show Good Morning America, and a 30-second public service announcement will appear on CNN International, as well as other media outlets. 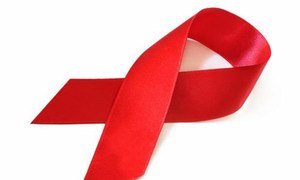 The lead United Nations agency dealing with the global AIDS response today called on all countries to implement new guidelines that encourage couples to go together for HIV testing to ascertain their status.