5 May 2012
Representatives from governments negotiating the outcome document for the United Nations Sustainable Development Conference (Rio+20) today agreed to add five more days of deliberations to bridge differences that have kept them from making further progress in negotiations.

“The present negotiation approach has run its course,” said Rio+20 Secretary-General Sha Zukang, adding that there is a need to proceed with a sense of urgency.

The negotiated document, along with voluntary commitments by governments, businesses and civil society, is meant to set the stage for the global community to recommit to sustainable development and agree to concrete actions when they gather at the Rio+20 Conference in Rio de Janeiro, Brazil, from 20 to 22 June.

Mr. Sha called for greater political will and agreement on all sides and underlined that the main objective is to get to Rio de Janeiro with at least 90 per cent of the text ready and only the most difficult 10 per cent left to be negotiated there.

Mr. Sha stressed that the present document, despite having been reduced by about 100 pages, still has too many paragraphs and contains too much repetition. “Currently, the negotiating text is a far cry from the 'focused political document' called for by the General Assembly,” he said.

Countries have voiced concern over accountability and implementation of the commitments made, as well as over the theme of the green economy in the context of sustainable development and poverty, with some developing countries asserting that a green economy approach should not lead to green protectionism or limit growth and poverty eradication.

“Delegates have expressed disappointment and frustration at the lack of progress,” Rio+20 Preparatory Committee co-chair Kim Sook told participants at the concluding meeting of the latest round of talks yesterday.

Mr. Kim emphasized that there will be a change in working methods when negotiations resume that will include working from a new text prepared by the co-chairs, as well as other changes in the negotiating procedures.

The five added negotiating days have been set for 29 May to 2 June and will take place in New York.

More than 120 Heads of State have registered to attend Rio+20, and some 50,000 people, including business executives, mayors, representatives of non-governmental organizations (NGOs), youth and indigenous people, among others, are expected to participate in both official and informal events during the Conference. 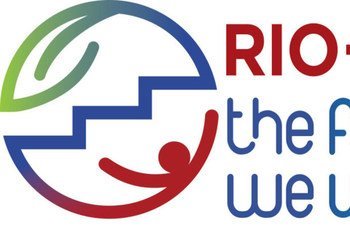 23 March 2012
The international community must “reset the global development agenda” and strengthen its commitment to sustainable development, a United Nations-backed conference in Istanbul heard today.