A top United Nations official today voiced concern about recent steps taken by the Government in Papua New Guinea that undermine the rule of law, breach international human rights standards, impinge on the independence of the judiciary, and could lead to serious instability.

“Papua New Guinea is on a slippery path to upending the constitutional order and undermining the rule of law,” the High Commissioner for Human Rights, Navi Pillay, warned.

“All national actors and their international partners must work together to prevent the country from sliding into serious instability by ensuring that the rule of law, the Constitution and international human rights standards are upheld in resolving the issues facing the country,” she added.

Since the August 2011 change of Government in Papua New Guinea, and the subsequent dispute over who is the legitimate Prime Minister, the Executive and Parliament have taken steps which seriously affect the ability of the judiciary to operate independently, according to a news release issued by the High Commissioner’s office (OHCHR).

The enactment of a new Judicial Conduct Act last month is of particular concern, Ms. Pillay said, as it establishes a new parallel system to deal with misconduct of judges, contrary to constitutional provisions on the issue.

“It appears that the Judicial Conduct Act is being used to interfere in particular with the legal proceedings to determine the legality of the current administration,” she stated, citing a Supreme Court decision on 12 December 2011 in which it ruled that the Government of Prime Minister Peter O’Neil was unconstitutional.

“The judiciary must be allowed to operate free from external pressures, threats or executive or legislative interference – international law is clear on this matter,” Ms. Pillay noted.

She also called on the Government to ensure that constitutional provisions on the timing of the national elections are upheld, after the Government indicated that it may now seek to delay the polls beyond the five-year term fixed by the Constitution.

Also of concern are reports that several journalists have been attacked, allegedly for their role in reporting on the current political situation in the country.

“It is the Government’s responsibility and obligation under international human rights law to ensure that freedom of expression is respected, and that when journalists are attacked for doing their jobs, prompt investigations are conducted and perpetrators are duly prosecuted,” Ms. Pillay said. 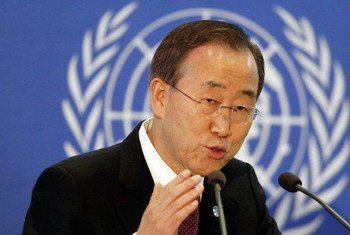