25 April 2012
The head of the United Nations Educational, Scientific and Cultural Organization (UNESCO) is set to name philanthropist, educator and entrepreneur Sunny Varkey as a Goodwill Ambassador for Education Partnerships.

The head of the United Nations Educational, Scientific and Cultural Organization (UNESCO) is set to name philanthropist, educator and entrepreneur Sunny Varkey as a Goodwill Ambassador for Education Partnerships.

Mr. Varkey, founder and chairman of GEMS Education, will be recognized for “his contribution to forging innovative public-private partnerships to ensure that underprivileged children across the world receive a good quality education,” according to a news release issued by UNESCO.

The son of Indian expatriates who moved to Dubai in 1959, Mr. Varkey took over the management of his parents’ school in 1980 and transformed the family-run institution into a multinational company. Today, GEMS Education educates more than 100,000 students who represent more than 150 nationalities.

“By uniting parents, educators and governments under the cause of equal opportunity to schooling, Sunny Varkey is not only influencing teaching methods, but also helping to provide greater access to education, especially in Africa,” UNESCO said.

Collaboration between UNESCO and GEMS Education includes training more than 10,000 school principals in Kenya, Ghana and India, as well as helping to improve science, technology, engineering and maths education in Lesotho and Kenya.

GEMS Education also operates through a not-for-profit group, the Varkey GEM Foundation, which was founded in 2010 and is chaired by former United States President Bill Clinton. The organization promises to help 100 underprivileged children for every student enrolled at a GEMS school.

Mr. Varkey will be named to the UNESCO roster of Goodwill Ambassadors at a special ceremony in Paris tomorrow, joining a group of celebrity advocates who raise awareness about the agency’s goals in the fields of education, culture, and science and communication. 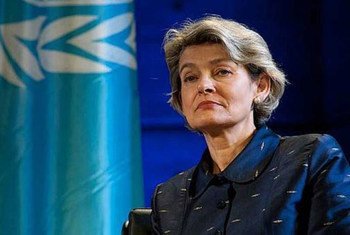 22 September 2011
The United Nations educational agency has embarked on a new partnership to train thousands of school principals, beginning in Kenya, Ghana and India, that has the potential to benefit up to 10 million children in the future.