“Reports from the north of the country suggest that civilians have been killed, robbed, raped and forced to flee,” High Commissioner for Human Rights Navi Pillay said in a news release.

“It is difficult at this point to be sure of the scale of the human rights violations taking place, but in addition to preying on individuals, a variety of different rebel groups have been accused of looting private and public property, including hospitals and health care facilities.”

Ms. Pillay said she was concerned that the longer the instability continued, the more the human rights situation appeared to be deteriorating, with thousands of people already fleeing the northern region to seek refuge in neighbouring countries.

Clashes resumed in January in northern Mali between Government forces and Tuareg rebels, leading to the displacement of more than 200,000 people so far. The majority of them have sought refuge in neighbouring countries, while some 93,000 are internally displaced.

In addition, the West African nation is dealing with the aftermath of last month’s mutiny by rebel Malian soldiers, who took control of the country and announced the dissolution of the Government led by President Amadou Toumani Toure.

The High Commissioner said reports suggest that tensions between different ethnic groups are being stirred up, increasing the risk of sectarian violence.

“In addition, it seems that unveiled women have allegedly received threats and intimidation, and there are allegations that non-Muslims in the northern part of the country may have been deliberately targeted and killed by extremist religious groups.”

Also, human rights violations, including illegal arrests, poor conditions of detention and attempts to restrict the right to freedom of expression, have been reported in the capital, Bamako, in the wake of the military takeover on 22 March.

The political situation, however, remains extremely tense and fragile, and she urged the coup leaders to fulfil their promise to step aside and called on all forces operating in Mali to respect international humanitarian and human rights law.

Ban voices concern over arrests of public officials in Mali 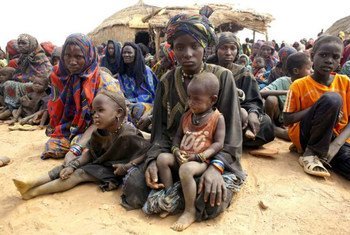 10 April 2012
A senior United Nations official today strongly condemned the reported acts of sexual violence committed against Malian women and girls amid the renewed fighting in the north, and called on all parties to respect their obligations under human rights law.