10 April 2012
A senior United Nations official today strongly condemned the reported acts of sexual violence committed against Malian women and girls amid the renewed fighting in the north, and called on all parties to respect their obligations under human rights law.

Ms. Wallström stressed that any party to the conflict credibly suspected of committing or being responsible for patterns of rape and other forms of sexual violence can be publicly named and shamed by the Secretary-General as a basis for Security Council action.

“Acts of conflict-related sexual violence can constitute war crimes or crimes against humanity for which combatants and their commanders will be held to account,” she said.

Last month, rebel Malian soldiers took control of the country and announced the dissolution of the Government led by President Amadou Toumani Toure. In addition, renewed fighting in northern Mali, between Government forces and Tuareg rebels, has uprooted more than 200,000 people since January, with the majority seeking safety in neighbouring countries and some 93,000 believed to be internally displaced.

Ms. Wallström emphasized that any peaceful solution to the conflict must include women and must address the crime of rape, as sexual violence contributes to the destabilization of the region and the denial of women’s rights.

Meanwhile, the Security Council has urged the military rebels who seized control of the government to immediately implement the agreement they signed last week with the Economic Community of West African States (ECOWAS), which provides a series of steps to restore constitutional order in the country.

In a statement issued to the press last night, Council members reaffirmed “the need to uphold and respect the sovereignty, unity and territorial integrity of Mali and reject categorically any declarations to the contrary,” and demanded “an immediate cessation of hostilities in the north of Mali by rebel groups.”

The Council also condemned all violence against humanitarian workers after it was reported that seven Algerian diplomats were abducted in the town of Gao in northern Mali last week. The Council called for the immediate release of all abductees and renewed its call to all parties in Mali to seek a peaceful solution through appropriate political dialogue.

In addition, the Council reaffirmed its support to the efforts made by ECOWAS and its mediator, the President of Burkina Faso, Blaise Compaoré, as well as by the Special Representative of the Secretary-General for West Africa, Said Djinnit, and by the African Union, to initiate concrete steps to restore peace and security and protect the sovereignty of Mali.

The members of the Council reiterated their serious concern over the rapidly deteriorating humanitarian situation, and expressed deep concern at the increased terrorist threat in the northern part of the country due to the presence among the rebels of members of the terrorist group Al-Qaida in the Islamic Maghreb and extremist elements. 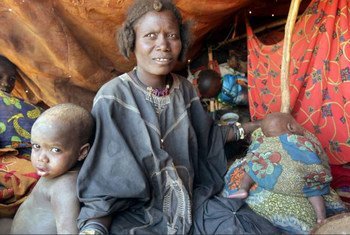 5 April 2012
Secretary-General Ban Ki-moon today welcomed the Security Council’s condemnation of the seizure of power in Mali by military rebels, and its renewed call for the restoration of constitutional rule in the country.