The United Nations humanitarian affairs chief yesterday pledged support for Brazil’s humanitarian work around the world, highlighting the country’s contributions in the areas of disaster-risk prevention and food security.

“I am particularly interested in how best to share Brazil’s experience in disaster preparedness and food security with other countries in the region and around the world,” said the UN Under-Secretary-General for Humanitarian Affairs and Emergency Relief Coordinator, Valerie Amos, reiterating the UN’s commitment to collaborate with Brazil in preparing for and responding to humanitarian emergencies.

Ms. Amos’ comments came at the end of a three-day visit, her first official visit to the Latin American country. During her stay, she met several Government officials, including the Minister for Foreign Affairs, Antonio de Aguiar Patriota; the Minister of Defence, Celso Amorim; and the Minister for National Integration, Fernando Bezerra. Their discussions included strengthening the relationship between Brazil and the UN.

In the capital, Brasilia, Ms. Amos met representatives of the UN system to discuss their work in the country and opportunities to strengthen the partnerships between Brazil and the Office for the Coordination of Humanitarian Affairs (OCHA), which she heads.

Ms. Amos also met with representatives from non-governmental organizations and corporations based in Rio de Janeiro, to exchange views on how civil society and private businesses can continue to use their experience and knowledge to support people in need in Latin America, Africa and the Middle East.

“I look forward to a rich and close collaboration with Brazil in the years to come,” Ms. Amos said. 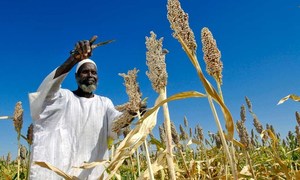 Brazil is providing more than $2.3 million to support a new local food purchase programme to be set up by two United Nations entities for the benefit of farmers and vulnerable populations in Ethiopia, Malawi, Mozambique, Niger and Senegal, the UN agencies reported today.