22 March 2012
Secretary-General Ban Ki-moon today urged countries to step up their efforts to prevent tuberculosis (TB), including by increasing access to treatments and improving the quality of their health services to be able to “stop TB in our lifetime.”

Secretary-General Ban Ki-moon today urged countries to step up their efforts to prevent tuberculosis (TB), including by increasing access to treatments and improving the quality of their health services to be able to “stop TB in our lifetime.”

TB remains a leading cause of death from infectious diseases worldwide, second only to HIV/AIDS. Last year alone, 8.4 million people contracted TB and 1.4 million died from the disease.

“For too long, the response has been insufficient,” Mr. Ban said in his remarks at the Institute of Respiratory Medicine in Kuala Lumpur, Malaysia, adding that countries have the means to prevent unnecessary deaths, but need to implement policies that not only raise awareness about the issue but provide accessible healthcare to their citizens.

Speaking ahead of World Tuberculosis Day, observed annually on 24 March, Mr. Ban called for “intensified global solidarity to ensure that the children and people of all the countries get medical support, so that they can breathe with health.”

In a related development, the World Health Organization (WHO) and the Stop TB Partnership have warned that childhood TB continues to be overlooked despite availability of treatment, as the disease often goes undiagnosed in children under the age of 15 because they lack access to health services or health workers do not recognize the signs and symptoms of TB in that age group.

“We have made progress on TB: death rates are down 40 per cent overall compared to 1990 and millions of lives have been saved,” said Mario Raviglione, Director of WHO’s Stop TB Department.

“But unfortunately, to a large extent, children have been left behind, and childhood TB remains a hidden epidemic in most countries. It is time to act and address it everywhere,” Dr. Raviglione added during a press conference in Geneva.

WHO recommends that any child living with a TB patient who has an unexplained fever be evaluated by a health worker for TB. Those found to be healthy should be protected against the disease through preventive therapy with the drug known as isoniazid, while those who are ill should receive full treatment.

“But before we can give prevention or treatment we have to find the children at risk of TB, and this will only happen if governments, civil society and the private sector work together,” she added.

TB mostly affects the lungs, but it can also infect other parts of the body. Infants and young children are particularly at risk of having severe, often fatal forms of TB, such as TB meningitis, which can leave them blind, deaf, paralyzed or mentally disabled. 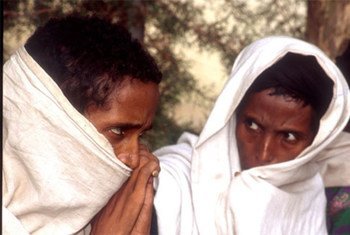 2 March 2012
An estimated 910, 000 lives were saved globally in six years due to guidelines intended to ensure that people living with HIV/AIDS are protected from tuberculosis, the United Nations World Health Organization (WHO) said today, releasing an updated policy on joint prevention, diagnosis and treatment of both diseases.