The top United Nations human rights body today called on the Government of Sri Lanka to take “credible” steps to ensure accountability for alleged serious violations committed during the final stages of the country’s civil war.

In a resolution adopted today, the 47-member Human Rights Council called on the Government to take “all necessary additional steps to fulfil its relevant legal obligations and commitment to initiate credible and independent actions to ensure justice, equity, accountability and reconciliation for all Sri Lankans.”

The text, tabled by the United States, was adopted by a vote of 24 in favour to 15 against, with 8 abstentions.

Sri Lankan Government forces declared victory over the rebel Liberation Tigers of Tamil Eelam (LTTE) in 2009 after a conflict that had raged on and off for nearly three decades and killed thousands of people. A report by the country’s Lessons Learnt and Reconciliation Commission was released last December.

In its resolution, the Council – which is responsible for strengthening the promotion and protection of human rights around the globe and for addressing human rights violations – called on the Government to implement the recommendations made in that report and to present “as expeditiously as possible” a comprehensive action plan detailing the steps it has taken and will take towards that end, and also to address alleged violations of international law.

A three-member panel of experts – established to advise the Secretary-General on accountability issues during the civil war – found there were credible reports that both Government forces and the LTTE committed war crimes during the final months of the conflict.

It recommended that the Government respond to the allegations by initiating an effective accountability process starting with genuine investigations. 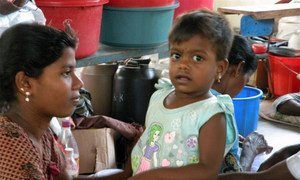