ECCC
Extraordinary Chambers in the Courts of Cambodia.
19 March 2012

The United Nations voiced concern today as a second judge resigned from the Cambodia genocide tribunal after stating that he is being prevented from “properly and freely” carrying out his duties.

Judge Laurent Kasper-Ansermet submitted his resignation, effective from 4 May, from the Extraordinary Chambers in the Courts of Cambodia (ECCC), which was set up as an independent court using a mixture of Cambodian staff and judges and foreign personnel.

He has served as reserve international co-investigating judge since 30 November 2011, when his predecessor, Judge Siegfried Blunk, resigned, citing attempted interference by Government officials in the court’s proceedings.

“The situation at the ECCC continues to be of serious concern and the United Nations is examining it closely,” UN spokesperson Eduardo del Buey told reporters in New York.

Judge Kasper-Ansermet’s duties included judicial investigations into cases 003 and 004, both of which involve former senior members of the Khmer Rouge military suspected of being responsible for the deaths of thousands of people.

“In view of the victims’ right to have investigations conducted in a proper manner and despite his determination to do so, Judge Laurent Kasper-Ansermet considers that the present circumstances no longer allow him to properly and freely perform his duties,” the news release stated.

He “strongly reiterates his hope that, in the interests of the Cambodian people and international justice, a solution enabling the ECCC to properly fulfil its important mandate will be found.”

The ECCC is designated to try those deemed most responsible for mass killings and other crimes committed under the Khmer Rouge three decades ago, when as many as two million people are thought to have died. 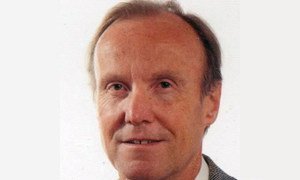 The United Nations today reiterated that the Cambodian genocide tribunal must be permitted to carry out its work without any outside hindrance, after one of the judges resigned, citing attempted interference by Government officials in the court’s proceedings.