Secretary-General Ban Ki-moon today stressed that focused financing and partnerships for development have resulted in great strides in the global efforts to combat extreme poverty and facilitate social development, noting that the number of impoverished people is declining across the world.

“When we pull together, we can achieve great things,” Mr. Ban told a news conference at UN Headquarters to stake stock of global progress towards achieving the Millennium Development Goals (MDGs), the globally agreed blueprint for halving extreme poverty, halting the spread of diseases, promoting access to education and improving health care, all by 2015.

“Partnerships for development work – they are good investments,” said Mr. Ban, citing the World Bank’s announcement that preliminary estimates indicate that the global target of halving the proportion of people living in extreme poverty was achieved in 2010.

The number of people living in extreme poverty has also declined in all regions of the world, including in Africa where challenges are greatest, he said.

Earlier this week, a joint report by the UN Children’s Fund (UNICEF) and the UN World Health Organization (WHO) showed that the world has met the MDG target of halving the number of people without access to safe drinking water.

Progress has also been made in combating tuberculosis, with 40 per cent fewer deaths currently compared to 1990. The global malaria deaths have declined by nearly a third over the past decade, the Secretary-General pointed out, adding that there is now near parity in primary school enrolment between girls and boys.

The MDG target of significantly improving the lives of at least 100 million slum dwellers has also been achieved – ten years in advance of the 2020 deadline, he said.

“These are major achievements. The MDGs brought not only better results but also better ways of measuring that have led to greater accountability.

“We know that national ownership and leadership are central to success. We know that well-directed financing brings development dividends. We know that innovations – in technology, medicine, social policy and service delivery – can bring dramatic change. And we know that partnerships work,” said Mr. Ban.

However, he noted, challenges remain, including massive disparities in social development between and within regions and countries.

For example, only 61 per cent of people in sub-Saharan Africa have access to improved sources of water, while the level in most other regions is 90 per cent or higher, and with 2.5 billion people lacking improved sanitation, the world is unlikely to meet the MDG sanitation target, the Secretary-General said.

Many people who have escaped extreme poverty are still vulnerable to shocks, such as the impending food crisis in West Africa’s Sahel region. Hunger remains a global challenge with hundreds of millions of children undernourished, he said.

“As the 2015 deadline is fast approaching, we must be united and steadfast in our resolve to accelerate progress and achieve the MDGs. This is my commitment to build the future we want,” added Mr. Ban.

Rebeca Grynspan, the Associate Administrator of the UN Development Programme (UNDP), stressed that progress towards achieving the MDGs must re-energize the world’s commitment and said that more can be done by 2015.

“We know that a lot of effort is needed to sustain these gains, and that despite real progress, there are still vulnerable people to reach, several targets to attain and many countries to support,” she said.

“We must reach those left behind or at risk of being left behind, [those] who are not well represented in the aggregate figures because of deep inequalities,” added Ms. Grynspan.

Jeffrey Sachs, the UN Special Adviser on the MDGs, said that what many people in the beginning cynically believed to be nothing more than a “photo opportunity” is becoming the benchmark of global progress, noting that the end of extreme poverty is within sight.

“We are now seeing this breakthrough and the point is to accelerate from this point,” said Mr. Sachs. “I can tell you that technologies have never been better, the systems have never been better… we really are headed [to a] wonderful inflection point. There has been clear, rapid and unprecedented progress in many regions. All regions are now experiencing a drop in poverty,” he said. 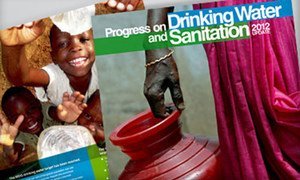