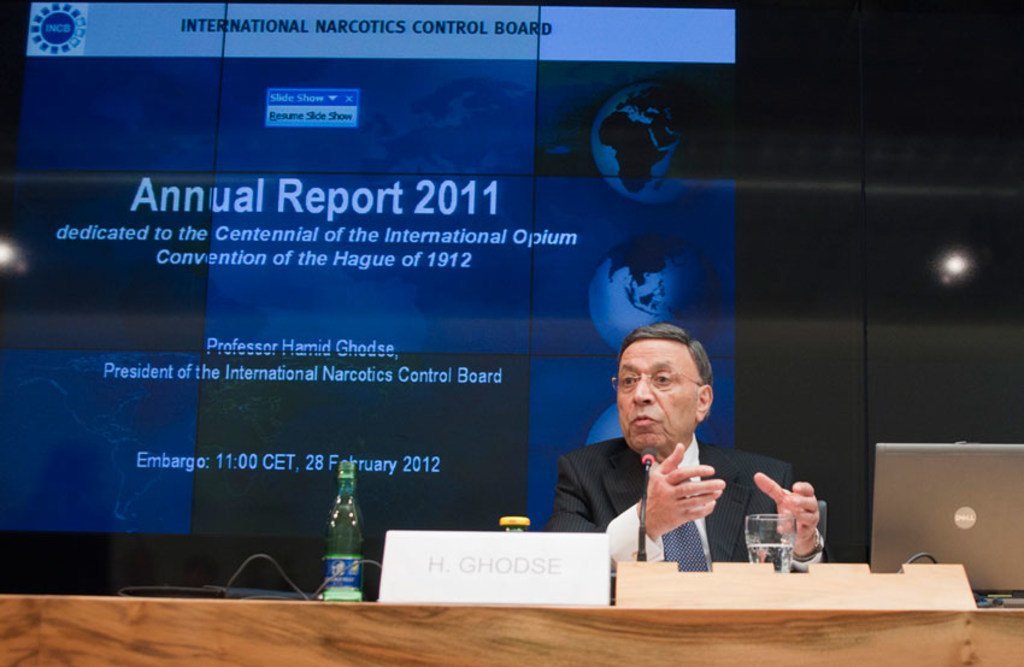 Helping marginalized communities and young people experiencing drug problems must be an international priority, the United Nations body tasked with monitoring the production and consumption of narcotics worldwide said today, urging countries to protect these groups so they can be reintegrated into society.

“It is crucial that the needs of communities experiencing social disintegration are urgently tackled before the tipping point is reached, beyond which effective action becomes impossible,” said Hamid Ghodse, President of the International Narcotics Control Board (INCB), on the release of the board’s annual report.

Based in Vienna, the INCB is an independent and quasi-judicial monitoring body mandated to implement UN international drug control conventions.

In its report, INCB highlights the vulnerability of fractured communities to drug use and violence and stresses the need to reach out to these groups to prevent further exclusion and other negative impacts that affect society as a whole.

The report provides various recommendations to address this issue including the implementation of programmes on drug abuse prevention and treatment and rehabilitation services, as well as increasing the educational, employment and recreational opportunities available to marginalized communities.

“Although it will be a challenge to meet the needs of these communities experiencing social disintegration and drug problems, the consequences of failure are too high for society and should be avoided at all costs,” Mr. Ghodse said, adding that youth living in these communities have the right to be protected from drug abuse and drug dependence.

The report also points to young people as being the main target of illegal Internet pharmacies, which have started using social media to promote their products, many of which are counterfeit medicines.

In 2010 alone, the INCB received reports of more than 12,000 seizures of internationally controlled substances sent via mail, including over 5,500 seizures of drugs of illicit origin, with India being identified as the leading country shipping these drugs, followed by the United States, China and Poland.

Key aspects of illegal Internet pharmacies include smuggling their products to consumers, finding hosting space online and convincing consumers that they are legitimate.

The report also provides a survey of the drug control situation in each region of the world touching on the subjects of drug trafficking, illegal consumption, and drug-related violence.

♦ Receive daily updates directly in your inbox - Subscribe here to a topic.
♦ Download the UN News app for your iOS or Android devices.
narcotics|drugs|INCB

Corruption is a major impediment in combating illicit drug trafficking, the independent United Nations body tasked with monitoring the production and consumption of narcotics worldwide said today in its annual report, while also warning that the production of synthetic stimulants is growing.