Secretary-General Ban Ki-moon will next week start a three-nation trip that will take him to the United Kingdom, where he will attend an international conference on the situation in Somalia, before proceeding to Zambia and Angola.

The first stop will be in London for the conference on Somalia, which is expected to bring together delegates from many countries with the aim of promoting stability and development in the war-scarred and deeply impoverished Horn of Africa nation.

In Zambia, Mr. Ban will meet with President Michael Sata and other senior officials and address a special session of the country’s National Assembly, where he is also due to interact with the leaders of several parliamentary bodies.

He will also visit a United Nations-supported initiative that uses life skills and sports to reach out to and inspire vulnerable children, including those who live in the streets.

Accompanied by Jacques Rogge, the President of the International Olympic Committee (IOC), the Secretary-General will visit the Olympic Youth Development Centre, a pilot project of the IOC ‘Sports for Hope Programme.’

Mr. Ban will also have discussions with Zambian human rights clubs hosted by schools in the city of Livingstone, before participating in a ‘tourism for development’ event in Victoria Falls national park.

The last stop of the trip will be Angola, where he will meet with President José Eduardo dos Santos, the President of the National Assembly, Antonio Paulo Kassoma, and Foreign Minister Georges Rebelo Chikoti, among other top officials.

He will also attend the launch of a polio vaccination campaign and meet with young people at a project on water and sanitation. 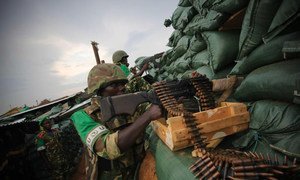