16 February 2012
Secretary-General Ban Ki-moon stressed today the need to empower women and youth, who have been at the centre of recent social protest movements worldwide, and warned countries against ignoring their voices as they are critical to countries’ development.

“Tahrir Square [in Cairo] and the fight for democracy throughout the Arab world, Occupy Wall Street, ‘los indignados’ in Puerta del Sol [Madrid], protests in Greece… What was the common thread? They were overwhelmingly women and young people,” Mr. Ban told attendees at a lecture in Vienna, underlining the role of women and youth in mobilizing change.

“Women demanding equal opportunity and participation, young people worried about their future, fed up with corruption and speaking out for dignity and decent jobs. Their power and activism turned the tide of history.”

Mr. Ban stressed that these movements represented an urgent call for countries to listen to their citizens and act to implement measures that give them more opportunities to make decision in their societies.

The Secretary-General emphasized the importance of boosting women’s opportunities to assume decision-making and entrepreneurial roles. “Studies have found that Fortune 500 companies with the highest number of women on the governing boards were far more profitable than those with the fewest number,” Mr. Ban said, pointing to various sectors where they are making a difference.

“Today, many look to the world of social media. The majority of those who use it are women – and the chief operating officer of Facebook is a woman. Yet many are asking: Why are there no women on the corporate board of Facebook, Twitter or other young, dynamic companies?”

In particular, Mr. Ban called for greater women’s representation in parliaments, including in the Arab world and stressed that temporary measures such as quotas or other special steps can make a permanent difference in governments.

Regarding youth, Mr. Ban underscored the need to address the unemployment rate which young people are facing, which has caused unrest in many countries.

“Unemployment rates for young people are at record levels – two, three, sometimes even six times the rate for adults. But joblessness is only part of the story. Many who are working are stuck in low-wage, dead-end work. Many others are finding that their degrees are not always a ticket to jobs,” he said, adding that governments need to equip them with better tools and skills to not only find but create jobs.

Mr. Ban urged Member States and international organizations to give youth a voice in their governments and create programmes that address their priorities, warning that if they failed to do this they risked creating a “lost generation.”

“Let us recognize that addressing the needs and hopes of the world’s women and young people is not simply an act of solidarity, it is an act of necessity.” 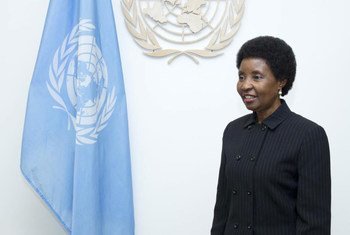 Women must be empowered to ‘create the future we want’ – Migiro