A senior United Nations official today outlined a set of priorities that Member States should tackle ahead of the Sustainable Development Conference (Rio+20) in June so that there is a clear framework of action during the event.

“Rio+20 should lead to better coherence, integration and implementation in our development efforts,” Sha Zukang, Secretary-General of the conference, told participants at a panel discussing the role of development cooperation to enhance sustainable development.

The panel was held at UN Headquarters in New York as part of the Development Cooperation Forum of the UN Economic and Social Council (ECOSOC).

ECOSOC President Milos Koterec, who also participated at the forum, said the shift towards sustainable development "will have an impact on the future of development cooperation and the way aid is allocated, delivered and used. We need to gain greater clarity on how these two strands can be brought together."

Mr. Zukang outlined seven priority areas that have been agreed by Member States and stakeholders that will help guide the creation of a framework to advance green economies. They include poverty eradication and green jobs, energy, water, food security, urbanization, disasters, oceans and seas, as well as climate change and biodiversity.

Mr. Zukang, who is also the UN’s Under-Secretary General for Economic and Social Affairs, emphasized that during informal discussions on the initial draft of the Rio+20 outcome document, there had been a strong call to strengthen south-south cooperation so countries can share the lessons they’ve learned in the seven key aspects.

He also stressed that development cooperation programmes should be driven by recipient countries taking into account their priorities and specific national circumstances.

“Rio+20 is an opportunity for reinvigorating development cooperation,” Mr. Zukang said. “Now is the time for an in-depth discussion on how it can better support green growth and sustainable development,” he added. 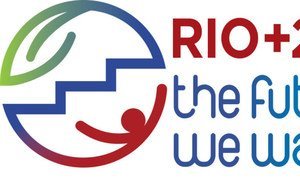 First round of talks ahead of UN sustainable development conference ends

Delegates from United Nations agencies, Member States and various civil society have concluded three days of deliberations on the draft outcome document of the UN conference on sustainable development, which will be held in the Brazilian city of Rio de Janeiro in June.