Casualties include civilians, with thousands of people internally displaced and others seeking refuge in neighbouring countries, aggravating an already dire humanitarian situation throughout the drought-prone Sahel region of West Africa, according to a statement issued by the spokesperson of the Secretary-General.

“The Secretary-General condemns the use of violence as a means to achieve political objectives,” said the statement, in which the United Nations chief urged the rebel groups to immediately stop fighting and engage in dialogue with the Government to resolve their grievances.

Mr. Ban reiterated UN support of efforts to find a peaceful and durable solution to the conflict.

The UN High Commissioner for Refugees (UNHCR) reported yesterday that it had sent staff to assist some 20,000 people forced by the fighting to flee their homes.

Most of those uprooted by the violence in the Azawad region of northern Mali since mid-January have fled to Niger, Burkina Faso and Mauritania.

The agency said clashes between the Tuareg liberation movement (MNLA – Mouvement National de Liberation de l'Azawad) and Government forces erupted on 17 January, violating the terms of a 2009 agreement that had officially ended the Tuareg rebellion in Mali. 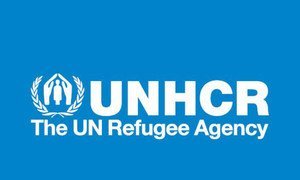 The United Nations refugee agency has deployed staff to assist some 20,000 people who have been forced to flee fighting between Government troops and rebel Tuareg groups in Mali.