7 February 2012
The top United Nations envoy in the Democratic Republic of the Congo (DRC) today stressed the need for all parties to use legal means and dialogue to settle differences in the aftermath of recent elections so as to advance stability and peace in the country.

“While it is essential that government authorities ensure that all Congolese citizens fully enjoy their rights of freedom of expression and other rights, violent confrontations will not resolve any problems and only tend to propagate further violence,” Roger Meece, the Secretary-General’s Special Representative for DRC, said in his briefing to the Security Council.

The vast African nation has experienced a tense political climate since the presidential and legislative elections held late last year.

“The elections themselves were marked by numerous problems,” noted Mr. Meece. These included late procurement and delivery of vital election materials and difficulties during the compilation and verification processes to determine results.

While none of the observers have determined that the problems necessarily would have changed the reported presidential results, he said, the UN and others have voiced strong concerns about the reported irregularities and believe a “thorough and open” review of the preparations are vital.

“This should provide as accurate as possible an overview of the process, draw relevant lessons and propose recommendations, and ensure that improvements are put in place so that future elections achieve the highest level of integrity possible,” stated Mr. Meece, who heads the UN Organization Stabilization Mission in DRC (MONUSCO).

The peacekeeping mission – which provided technical and logistical support to the organization of the polls – has strongly emphasized the importance of utilizing peaceful means to deal with points of contention and supported efforts to promote dialogue among Congolese parties, candidates, civil society, and other stakeholders.

“It is our intent to do all possible to facilitate a full review of the election operations, and drawing from these and external observations, provide support to ensure improvements are implemented to achieve maximum credibility of future elections,” Mr. Meece said.

He added that with the recent announcement of the provisional legislative results, the political attention in DRC is now shifting to the new National Assembly, consolidation of coalitions and formation and ratification of a new government.

The post-election environment has also permitted MONUSCO and Congolese officials to re-evaluate security conditions in the country, particularly the continuing threats to civilians and to general stability in the volatile east.

Mr. Meece said he was concerned by the apparent renewed activity by the Rwandan rebel group known as the FDLR in eastern DRC, as well as an emergence or growth of various Congolese groups in North and South Kivu.

The mission was discussing with the national Congolese army ways to address these challenges and realize durable improvements in the east, as well as continuing to support efforts to tackle sexual-based violence, which remains a major problem. 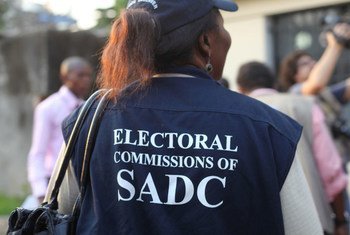 2 February 2012
With the provisional results of national legislative elections in the Democratic Republic of the Congo (DRC) having now been announced, the United Nations today encouraged all actors to use legal channels for resolving any disputes and refrain from the use of force or violence.