IRIN/Jason Gutierrez
A mother in Mindanao, Philippines, feeds her baby with high-protein paste during a feeding programme for survivors of tropical storm Washi.
3 February 2012

The United Nations and humanitarian partners today revised upwards an appeal for funding to continue relief work for six months among the more than 300,000 people in the Philippines island of Mindanao who were affected by last year’s tropical storm Washi.

The revised humanitarian action plan for Mindanao seeks $39 million, a $10.6 million increase over the $28.4 million requested in December, the UN Office for the Coordination of Humanitarian Affairs (OCHA) reported.

“I have been tremendously encouraged to witness the tireless efforts of the Government, aid organisations, civil society and the affected communities themselves to provide vital assistance to hundreds of thousands of Sendong survivors,” said Jacqui Badcock, UN Resident and Humanitarian Coordinator for the Philippines. The storm was also known locally as Sendong.

“Sustained, generous financial support is crucial to enable provision of basic goods and services and the rebuilding of resilient communities,” she said.

Seven weeks after the disaster, some 21,900 survivors remain in overcrowded evacuation centres in the cities of Cagayan de Oro and Iligan, and more than 400,000 people are housed in makeshift shelters by host families in their areas of origin.

Some people have returned to their damaged houses in highly hazardous and disaster-prone areas, recently declared by the Government as ‘no-build’ zones.

Some $9.6 million has been received in response to the appeal, including $3 million disbursed from the Central Emergency Response Fund (CERF), which is managed by OCHA. 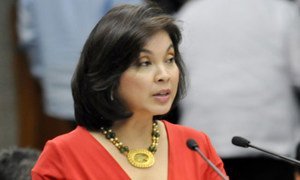