20 January 2012
Mali has become the first African country to conclude an agreement to enforce sentences of imprisonment handed down by the International Criminal Court (ICC), it was announced today.

The agreement was signed by Fatoumata Dembele Diarra, the First Vice-President of the ICC, and Soumeylou Boubeye Maiga, Mali’s Minister of Foreign Affairs and International Cooperation, in the West African country’s capital, Bamako, last week.

“The enforcement of sentences is a crucial element of a well-functioning justice system, and the ICC is grateful to every State party that expresses its willingness to accept persons convicted by the Court,” said Ms. Diarra.

“This agreement with Mali – the first to be signed by an African State – is particularly significant considering the principle enshrined in the Statute and Rules of the ICC that States parties should share the responsibility for enforcing sentences of imprisonment, in accordance with principles of equitable geographical distribution.”

The Rome Statute, the founding treaty of the ICC, provides that sentences handed down by judges “shall be served in a State designated by the Court from a list of States which have indicated to the Court their willingness to accept sentenced persons.”

In addition to the agreement with Mali, the ICC has signed agreements on the enforcement of sentences with the Governments of Austria, United Kingdom, Belgium, Denmark, Finland, Serbia and Colombia.

The ICC is the first permanent, treaty-based, international court established to help end impunity for the perpetrators of the most serious crimes of concern to the international community, namely war crimes, crimes against humanity and genocide.

The Court currently has seven situations under investigation, all of them in Africa: Central African Republic (CAR), Côte d’Ivoire, the Darfur region of western Sudan, the Democratic Republic of the Congo (DRC), Kenya, Libya and Uganda. 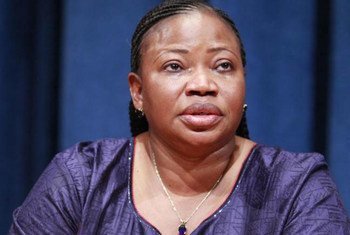 16 December 2011
Secretary-General Ban Ki-moon met today with Fatou Bensouda, Prosecutor-elect of the International Criminal Court (ICC) and pledged his continued support for her and the United Nations’ cooperation to assist the court in fully achieving its great potential.