20 January 2012
An independent United Nations expert today urged the new leadership in the Democratic People’s Republic of Korea (DPRK) to address pressing human rights concerns and resolve related outstanding issues, including the abduction of Japanese and other foreign nationals.

“Positive engagement of the DPRK with the international community would be welcomed by all quarters, as has been the case with Myanmar, where the adoption of reform processes are welcomed widely,” said Marzuki Darusman, the UN Special Rapporteur on the situation of human rights in the DPRK, at the end of a five-day visit to Japan.

“I call on the new leadership to address all questions and concerns in relation to human rights, and resolve outstanding issues such as the abduction of Japanese and other foreign nationals without further delay,” Mr. Darusman told a news conference in the Japanese capital, Tokyo.

During his mission to Japan, Mr. Darusman held several meetings with Government officials, national and international non-governmental organizations, as well as individuals, including the families of the abducted Japanese.

“The DPRK should stand by its commitment made to Japan of re-investigating the 12 pending cases of abduction,” said Mr. Darusman. “The urgency of the matter is clear, the abductees are getting old and so are their family members here in Japan.”

He said that information gathered in talks with defectors from the DPRK indicated that the humanitarian situation in that country remains dire, with serious shortages of food, amid a critical human rights situation.

“I also heard with concern that asylum-seekers from the DPRK are being refouled by neighbouring countries, and that border control has been tightened over the last month or so, which makes fleeing the DPRK more difficult,” he said.

Since his appointment in August 2010, Mr. Darusman has made several requests to visit DPRK, but they have not been granted. In the absence of cooperation from DPRK, he has been visiting other countries in the region – Japan, the Republic of Korea and Thailand.

He said that he would approach the new DPRK leadership in the coming days to make another request for a meeting and access to the country. 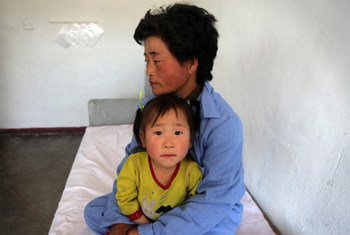