4 January 2012
The Security Council will hold an open debate later this month on strengthening strategic cooperation between the United Nations and regional organizations, with January’s President calling for closer ties to help deal with common issues such as conflict resolution.

Ambassador Baso Sangqu of South Africa told reporters today at UN Headquarters in New York that his country’s President Jacob Zuma will chair the meeting on strengthening cooperation, which is slated for 12 January.

“We must continue, even when we face setbacks sometimes… forging strong relationships so that we could encourage common vision, common objectives and common frameworks in dealing with the conflicts on the [African] continent,” he said.

Some of the issues expected to emerge during the debate include cooperation between the UN and the African Union (AU) in Somalia and the work of a joint team examining the implications of last year’s conflict in Libya for countries in the Sahel region of West Africa.

“You will have noted that the Secretary-General has issued his report on this [and] we are expecting that the African Union itself will be releasing its own reflections as to where this cooperation should be going,” said Mr. Sangqu.

“We are aiming to pass a resolution on this and we have put a draft [resolution] and I think it is well received by the membership of the Council.”

In an interview with UN Radio earlier today, Mr. Sangqu said regional organizations can play an important role in resolving conflicts considering that neighbouring States are more directly affected whenever strife breaks out in a country.

“One of the things that we thought we could do is to build on the theme that we had been promoting as South Africa – that of a stronger relationship between the United Nations and regional organizations. We are convinced that the primary role of the United Nations is to maintain international peace and security.

“However, in contemporary times, we believe that the role of regional organizations is even more important… [they] are closer to the ground, they are more affected by the conflicts from their sisterly neighbouring countries, they have got a lot to lose if these conflicts continue to range,” he said.

This month the Council is also scheduled to receive briefings or hold debates on a range of other subjects, including justice and the rule of law, the Middle East, Libya, the Darfur region of Sudan and Côte d’Ivoire. 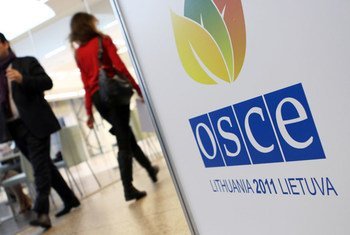 7 December 2011
Regional organizations are often better placed to detect potential crises early and to mobilize a coordinated international response, Secretary-General Ban Ki-moon said today, noting that the United Nations has strengthened or established conflict prevention and mediation partnerships with such blocs over the past five years.