Nassir Abdulaziz Al-Nasser commended the international community’s collective responses to the various global challenges faced throughout 2011, including the ongoing global financial crisis, the wave of popular protests that engulfed the Arab world and the impact of natural and man-made disasters on populations around the globe.

“These developments in 2011 reinforce the relevance of the four key pillars we have identified to help us focus and channel our attention appropriately during the three remaining quarters of the Sixty-Sixth Session of the General Assembly,” Mr. Al-Nasser said in his message.

The four key pillars are: the peaceful settlement of disputes; UN reform and revitalization; improving disaster prevention and response; and promoting sustainable development and global prosperity.

“I urge all Member States to demonstrate the necessary will to generate utmost convergence and compromise that can lead to consensus in support of our common interests,” he added, noting that a full assessment of past challenges would better motivate the General Assembly’s deliberations and decisions in the New Year.

In his statement, Mr. Al-Nasser emphasized that UN reform and revitalization were needed “now more than ever before” to reflect the ever-changing realities of the 21st century. At the same time, he called on States “to intensify efforts in the area of improving disaster preparedness and response” after the lessons learned from the earthquake and tsunami in Japan, floods in Thailand and the Philippines, and the famine in the Horn of Africa.

Pointing to the upcoming UN Conference on Sustainable Development (Rio+20) in June next year, he also stressed the need to implement measures to deal effectively with sustainable development issues.

Mr. Al-Nasser applauded the “hard, diligent, and collective work” already conducted by Member States during the current session and called on them to renew their efforts in 2012.

“I urge all Member States to continue to support the work of the United Nations, including the General Assembly,” said Mr. Al-Nasser. 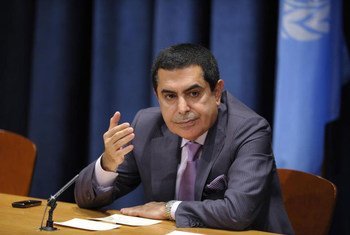 22 December 2011
From being increasing vocal on human rights to taking important decisions to tackle non-communicable diseases, the General Assembly has made great strides during its current session, its President said today, adding that efforts will continue on a range of vital issues next year.