21 December 2011
The United Nations human rights chief today called on Bahraini authorities to address the “deepening mistrust” between the Government and civil society, including by releasing those detained for participating in peaceful protests.

“The Bahraini authorities need to urgently take confidence-building measures, including unconditionally releasing those who were convicted in military tribunals or are still awaiting trial for merely exercising their fundamental rights to freedom of expression and assembly,” Navi Pillay said in a news release.

A team from the Office of the High Commissioner for Human Rights (OHCHR) visited the country from 13 to 17 December, at the invitation of the Government, and met with a number of high-level officials, as well as a broad range of civil society members. It also visited a number of detainees in the central Jaw prison in the capital, Manama.

“My team has come back with the message that there is a profound lack of trust in the Government, and this mistrust has deepened as a result of the violent crackdown on protesters, destruction of mosques, the lack of fair trials and the lack of progress in providing redress for violations,” said Ms. Pillay.

“There are also obvious, and very dangerous, examples of hate speech, including at the level of official media, painting entire communities with the same broad brush. This needs to stop and a process of dialogue, including with leaders from different religious and migrant communities, needs to begin.”

Ms. Pillay also noted that thousands of people have lost their jobs for participating in demonstrations, and many students have had their education derailed.

“These serious violations of their economic and social rights must be immediately addressed. Those who have been unfairly dismissed should be reinstated to their original functions.”

The country was beset by violent clashes between security forces and protesters earlier this year, part of the Arab Spring uprising that has engulfed much of the region and led to the toppling of long-standing regimes in Tunisia, Libya, Egypt and Yemen.

Ms. Pillay urged the Government to tackle impunity, including for security forces responsible for excessive use of force on peaceful protesters and officers who perpetrated torture.

“We continue to receive reports of the repression of small protests in Bahrain and although some security officers have reportedly been arrested, we have yet to see any prosecution of security forces for civilian injuries and deaths,” she said. “Such impunity – at all levels – is a serious impediment to national reconciliation.”

Last month an independent inquiry into the alleged rights violations during the clashes found, according to media reports, that Government forces had used excessive force during the crackdown in February and March and had tortured some detainees.

The High Commissioner said the inquiry was an important first step in the right direction and welcomed the subsequent acknowledgement by the King of Bahrain that serious human rights violations did occur and need to be addressed.

She stressed that it is time for concrete steps to be taken towards redress, reparation and reconciliation, adding that OHCHR is prepared to support the national leadership in meeting its international human rights obligations. This includes implementing relevant recommendations by the inquiry and the ratification of the Optional Protocol to the Convention Against Torture.

“Bahrain has an important opportunity now to strengthen its legal and institutional infrastructure, including an impartial judiciary, for the protection of human rights,” Ms. Pillay stated.

“We stand ready to accompany comprehensive national efforts towards the establishment of an open and democratic society, provided that the first critical confidence-building measures are taken,” she added. 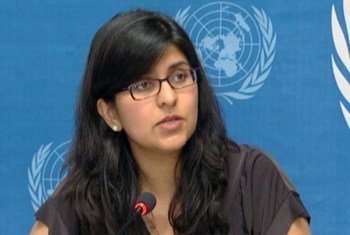 9 December 2011
The United Nations human rights office announced today it is dispatching a delegation to Bahrain, where serious rights violations are alleged to have occurred earlier this year, to discuss how to build a more open and democratic society in the Middle East country.