The 2011 South-East Asia Opium Survey, released today in Bangkok by the UN Office on Drugs and Crime (UNODC), says that cultivation in the region jumped from some 42,000 hectares to almost 48,000 – a 16 per cent increase over 2010.

Yury Fedotov, UNODC’s Executive Director, noted that the high prices for opium in Laos and Thailand, as well as steep price increases in Myanmar, are making production attractive to farmers. This requires the creation of alternative livelihoods to wean farmers off opium poppy cultivation, he added.

“Although the international community has supported alternative development for many years, and with great success, there is a need for increased investment,” said Mr. Fedotov.

Opium poppy cultivation has doubled in South-East Asia since 2006, the agency noted. Myanmar accounted for 91 per cent of cultivation in the region, with Laos taking nine per cent.

Myanmar remained the second largest poppy-crop grower and opium producer in the world after Afghanistan. Cultivation in Myanmar climbed for the fifth year in a row, rising by 14 per cent this year over 2010. The rise was even steeper in Laos, at 38 per cent.

“In Myanmar, there is a need for more programmes that support alternative development for opium poppy growers,” said Mr. Fedotov. “These programmes must also take into account the issues of poverty reduction, environmental protection, food security and improved social and economic conditions as key objectives.

“Indeed, these projects are a necessity because reductions in illicit crop cultivation and opium production can bring tangible benefits to the lives of ordinary people,” he added.

♦ Receive daily updates directly in your inbox - Subscribe here to a topic.
♦ Download the UN News app for your iOS or Android devices.
Opium 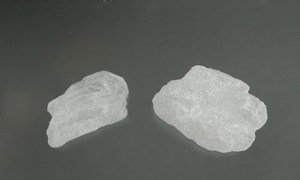 Rising use and trafficking of illicit stimulants threaten security, health in Asia – UN

The rising manufacture, trafficking and use of methamphetamines in East Asia and Southeast Asia pose a growing threat to public health and security in the region, as transnational organized criminal groups become increasingly involved, the United Nations Office on Drugs and Crime (UNODC) said today.