IRIN/Wendy Stone
Insecticide-treated bed nets are crucial in the fight against malaria.

13 December 2011
The expansion of malaria prevention and control measures have resulted in a decline of more than 25 per cent in the number of deaths caused by the disease in the past decade, and a 33 per cent reduction in mortality rates in Africa, the disease’s heartland, according to a United Nations report unveiled today.

The World Malaria Report by the UN World Health Organization (WHO) attributes the success to the widespread use of bed nets, better diagnostics and greater availability of effective drugs.

The agency, however, warned that a projected shortfall in funding for the global anti-malaria campaign threatens the fragile gains, stressing that that the double challenge of emerging resistance to drugs and insecticide needs to be addressed.

“The future depends heavily on assuring the resources that we need to carry on the fight, and on looking for ways to improve our efficiency,” said Robert Newman, the Director of WHO’s Global Malaria Programme, speaking to reporters in New York via video link from the agency’s headquarters in Geneva.

He also stressed the need to intensify anti-malaria efforts in Nigeria, the Democratic Republic of Congo (DRC), Mozambique, Côte d’Ivoire and Mali, which account for 60 per cent of the global malaria burden.

There were an estimated 216 million cases of malaria in 106 endemic countries and territories across the world last year, according to the report. An estimated 81 per cent of those cases and 91 per cent of deaths occurred in Africa. Globally, 86 per cent of malaria sufferers were children under the age of five.

Some 655,000 malaria deaths occurred last year, 36,000 fewer than in 2009. While that represented a five per cent year-on-year decline, mortality figures are still high for a disease that is entirely preventable and treatable, WHO points out in the report.

“With malaria deaths in Africa having fallen significantly since 2000, the return on our investment to end malaria deaths has been greater than any I have experienced in the business world,” said Raymond Chambers, the Secretary General’s Special Envoy for Malaria.

“But one child still dies every minute from malaria – and that is one child and one minute too many. The toll taken by the current economic crisis must not result in our gains being reversed, or progress slowed.”

Long-lasting insecticidal nets have been one of the least expensive and most effective tools in the fight against malaria. According to the report, the number of bed nets delivered to malaria-endemic countries in sub-Saharan Africa increased from 88.5 million in 2009 to 145 million last year.

An estimated 50 per cent of households in sub-Saharan Africa now have at least one bed net, and some 96 per cent of persons with access to a net use it.

There has also been further progress in rolling out diagnostic testing with the number of rapid diagnostic tests delivered by manufacturers climbing from 45 million in 2008 to 88 million last year. The testing rates in the public health facilities in Africa rose from 20 per cent in 2005 to 45 per cent in 2010.

Last year, 181 million courses of artemisinin-based combination therapies (ACTs) were procured, up from 158 million in 2009, and just 11 million in 2005. ACTs are recommended as the first-line treatment for malaria caused by the most deadly malaria parasite.

International funds for malaria control reached $1.7 billion in 2010 and $2 billion in 2011, but remained significantly below the $5 billion to $6 billion that would be needed annually to achieve global malaria targets.

According to projections in the report, despite increased support from the United Kingdom, malaria funding will slightly decrease in 2012 and 2013, and will likely drop further to an annual $ 1.5 billion by 2015.

“Unless we maintain our commitment to scale up the proven cost-effective tools – we have to prevent, diagnose and treat malaria – today’s gains will be reversed and we will lose many more lives to this disease,” said Awa Marie Coll-Seck, the Executive Director of the Roll Back Malaria Partnership, at the news conference in New York.

“The road ahead will be challenging. We have a real problem of financing… We must urgently work together to find creative solutions to maximize the impact of available funding and secure new resources,” she said. 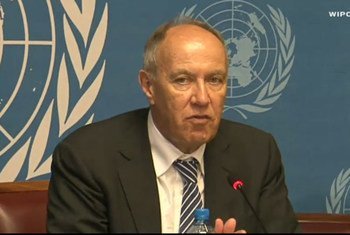 26 October 2011
One billion of the world’s poorest people stand to benefit from a partnership launched today by the United Nations and top pharmaceutical companies to speed up the royalty-free development of drugs, vaccines and diagnostics to treat neglected tropical diseases, malaria, and tuberculosis.