13 December 2011
A new United Nations mobile telephone application released today lets users calculate their carbon footprint, visualize its equivalent in a particular ecosystem, and learn new ways in which they can reduce their emissions through specific actions.

Through the so-called Blue and REDD Carbon application, users can input the details of their journeys taken by air, train or road, and find out the equivalent area in a particular ecosystem – such as a tropical forest – that is needed to offset the journeys’ carbon footprint.

The “app” then provides a variety of suggestions and guidelines to show users how they can limit the environmental degradation of ecosystems through actions such as buying sustainably-sourced fish.

The free iPhone application also provides in-depth information on the role of coastal and terrestrial ecosystems in both storing and sequestering carbon, and draws attention to the critical role of ecosystems such as mangrove forests and seagrass meadows in tackling climate change.

Produced by the UN Environment Programme (UNEP), the application also highlights the valuable natural services provided by ecosystems, such as the protection of shorelines from storms, support for fisheries and provision of materials such as timber and medicine.

The application’s name comes from the Blue Carbon concept, which aims to promote better management of coastal ecosystems which serve as vital “carbon sinks” and can store up to 1,900 tons of carbon dioxide per hectare, and the UN Collaborative Programme on Reducing Emissions from Deforestation and Forest Degradation (REDD), which seeks to create financial value for the carbon stored in forests, offering incentives for developing countries to reduce emissions and invest in low-carbon technologies to sustainable development.

According to a news release issued by UNEP, forest ecosystems provide more than a billion people with incomes and employment and contribute around $468 billion to the global economy. Equatorial rainforests also contain around half of all plant and animal species known on Earth, making their preservation vital for a sustainable future.

The application was launched during the opening of the One UN Pavilion at the Eye on Earth summit in Abu Dhabi, United Arab Emirates, where philanthropists, business leaders, government officials and technology experts have gathered to address issues around access to environmental data and knowledge. 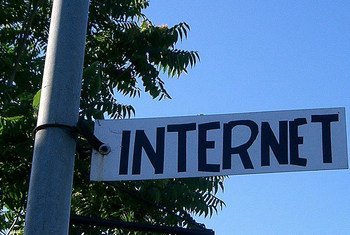 19 September 2011
The United Nations must leverage the power of information and communications technology (ICT) to the fullest in its response to political, economic and environmental challenges and to improve the delivery of its services, says Secretary-General Ban Ki-moon.