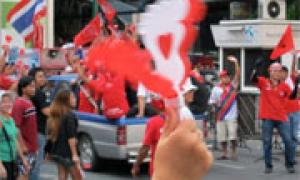 The United Nations human rights office today called on Thai authorities to reform laws that jail people convicted of insulting senior members of the country’s royal family, saying they were having a chilling effect on freedom of expression.

A spokesperson for Navi Pillay, the UN High Commissioner for Human Rights, told journalists in Geneva that the UN human rights office (OHCHR) was concerned about Thailand’s laws of lèse majesté – where anyone deemed to have defamed, insulted or threatened the King and several other senior royals can be jailed for up to 15 years.

“Such harsh criminal sanctions are neither necessary nor proportionate and violate the country’s international human rights obligations,” said Ravina Shamdasani, the spokesperson.

She said that in the meantime, Thai authorities should issue guidelines to police and prosecutors to stop arresting and charging people “under these vaguely worded laws. In addition to the disproportionate prison sentences being handed down by the courts, we are also concerned about the extended periods that accused persons are being held in pre-trial detention.”

In October, Frank La Rue, the UN Special Rapporteur on the right to freedom of opinion and expression, also spoke out over the lèse majesté laws, saying their vagueness breached international treaties.

Earlier this month, according to media reports, a man was sentenced to 20 years in prison for sending four text messages to a government aide that were deemed to be insulting to the Thai queen.